Is our national animal – the Royal Bengal Tiger getting the respect it deserves ?? 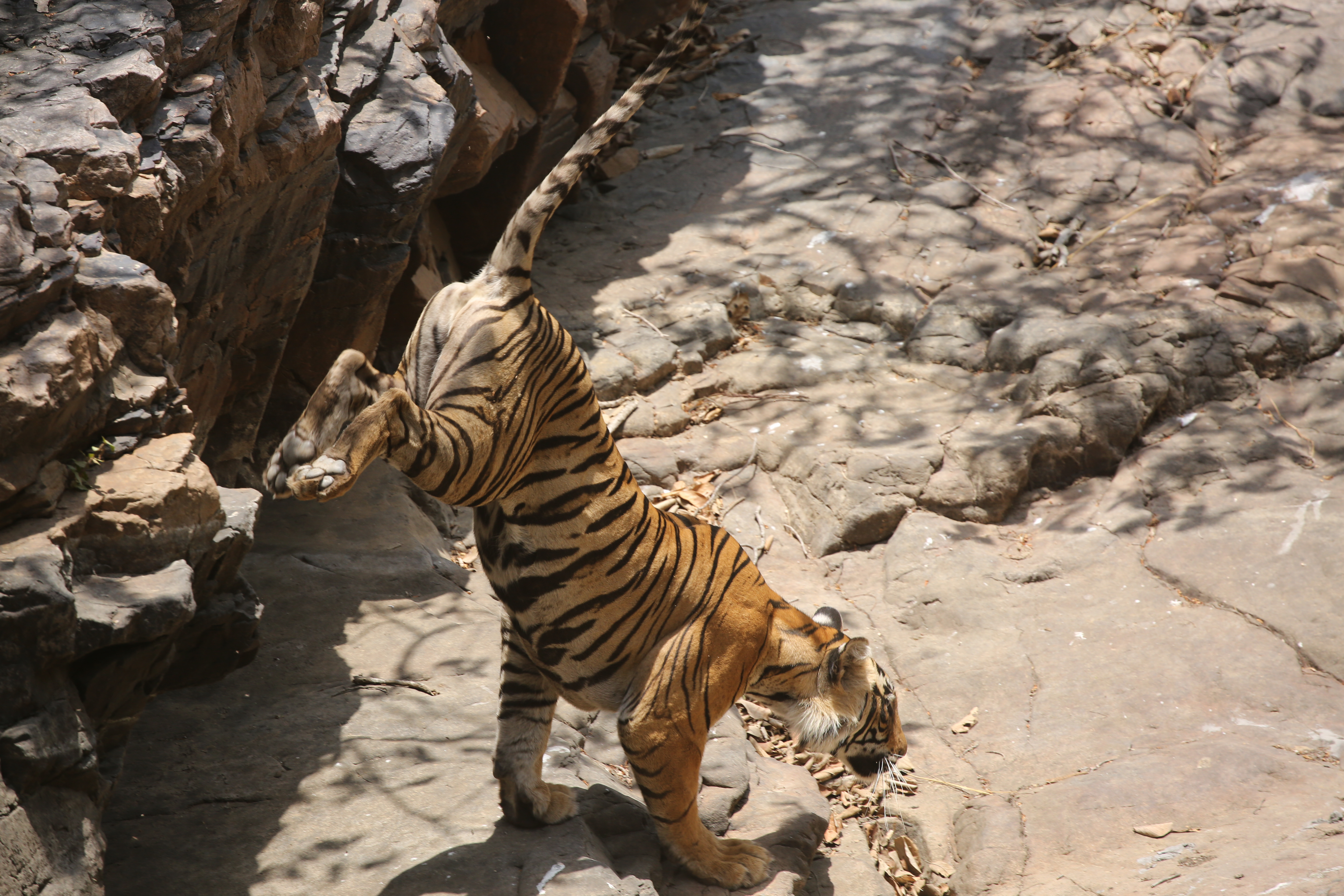 My African safari trips to Masai Mara, Kenya, that is renowned as one of the most wonderful wildlife safaris of the world, features a huge variety of wildlife but the main attractions for me as most other travellers too were always the big cats: the lion, cheetah and leopard. It is very easy to see lions on safari and possible to view all three species in a single trip.

While all are beautiful and have their fan followers, it is hard to match the grandeur of the mightier of the big cats, the tiger, which you will never see on an African safari. You have to make a special arrangement to see the tiger, but it’s worth it, because after all it’s a TIGER. For such tiger sighting trips, normally tourists flock to India, being a habitat for 75% of the total world tiger population. In numbers, it means India has 2967 out of 3900 in the world according to World Wildlife Fund. Moreover it can climb trees, run fast on land and is a swimmer in water, rare among cats. But most importantly, it is mesmerizingly beautiful.

I have not seen any animal as breathtaking as the Bengal tiger. To see a tiger in the wild is to watch and enjoy nature at its most awesome form. For me, one of the most exciting travel adventures the country offers is onboarding a wildlife and tiger safari in India.

I have been a very active fan of wildlife safari’s since late 2016. Over the past 4 plus years, I have been fortunate to see over 100 tiger sightings in the wild between Jim Corbett National Park, Ranthambore, Bandhavgarh, Kanha, Kaziranga, Sariska, Kabini, Tippeshwar & Tadoba from the 50 tiger reserves that we have in India! Off these 50, Jim Corbett National Park & Tiger Reserve in Uttarakhand has the highest number of 231 Bengal tigers in India & considered the grand-daddy of tiger reserves in India. While it was stated to have the highest number of tigers as compared to any other park in India, it was also a known fact that Corbett may not be the easiest place to see a tiger because it is divided into several zones, the dense flora and amidst a township.

While tiger growth is inching forward in India, it also lost 750 tigers over the past 8 years. Reasons were succumbing to poaching, natural causes & unnatural reasons like accidents etc. This is a reality we will have to continue to live with. With 30% of the 2967 tigers in India being outside the tiger reserves & the fact that only a designated area of any park is open for tourist’s & safari addicts to venture inside, chances of seeing a tiger is by and large slim & rare & thus there is total desperation at all times of the crowd’s in the safari jeeps to see a tiger.

Indian safaris are thus totally ‘tiger centric’. It is thus a common practice to saddle up to a tiger the minute it is spotted and practically all safari jeeps of that zone very soon flock at that spot making all hell break loose. Safari jeeps start hitting into one another, everyone starts racing despite the fact no track exists. Driver’s/guides/guests start arguing with other safari jeeps. You name it, and every kind of chaos is seen on ground.  There is excitement, commotion, shouting, total lack of control on anything & everything which should be in control. It is here that we lose out absolutely to any other safari in the world be it Africa, Sri Lanka etc in terms of discipline and conducting responsible safaris.

Forest departments are doing all that they can, training, putting camera’s, limiting jeeps per zone, speed limits, time limits for safari, suspending rule breakers and thus it was felt things will start to improve slowly but surely.

My recent visit to Jim Corbett National Park on 9th April’21 showed otherwise. It was as if history was repeating itself after 4 years. In 2016, I had then captured the Queen of Dhikala, “Parwali” on the Sambar road in Dhikala zone being surrounded by safari jeeps making her frustrated.

Parwali had subsequently got aggressive and had charged on an elephant & a safari jeep at that point in time.

This time again on 9th April, 2021 it was turn of her sub adult daughter, the new queen in the making being exposed to very similar circumstances in same region.

The question comes to mind, what has changed ??
While I was fortunate to capture the moments at Corbett, I can with conviction say that this plight of tigers is at most of our tiger reserves!

Relocating Tigers to Zoo – is it a solution ?

Over time tigers may have a tendency to turn into man eaters as has been seen in the past. Yet again at Jim Corbett National Park, a man eater tiger was relocated to Nainital Zoo. As I learnt on this trip, the male tiger called Samba when in the wild at Jim Corbett National Park is now renamed as Vikram in Nainital Zoo. He is also rumored to be the mate of Parwali and the father of the new queen of Dhikala in the making whom I could see at close quarters during my recent visit on 9th April 2021. This remains however unconfirmed news at this stage. I was saddened to see the state of Samba/Vikram when I visited Nainital Zoo. It was mentioned that a tiger takes time to settle down in captivity but the fact that this tiger was again captured on camera with similar aggressive behavior as late as Aug’2020 as per social media shows it is far from settling down since it was brought to Nainital Zoo from Jim Corbett National Park.

It is important to respect & save the tiger in order to save ourselves. The sooner better sense prevails amongst all of us the better. India needs to work on responsible safaris in the best interest of tiger, its conservation, tourism industry and overall, our survival.

Author – Harmit Ahuja is a Marketing consultant based in Chandigarh with keen interests in wildlife & nature travel and photography. Also hold’s interests in music, cooking & international travel. Has so far been to 35 countries. He believes in : ‘I travel not to escape life, but for life not to escape me’