The Pact With Devil 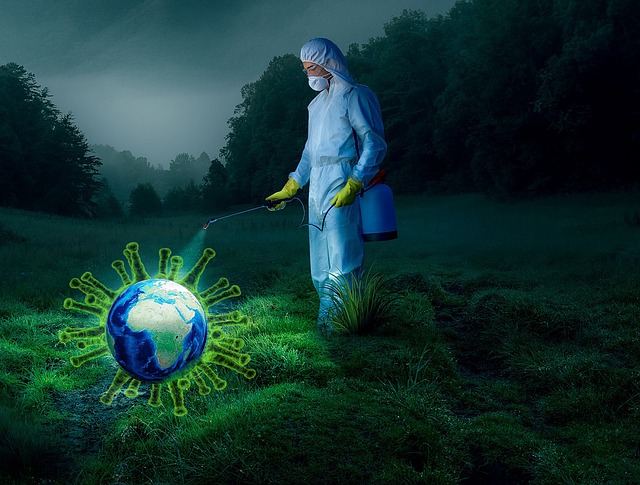 What price are organizations and individuals prepared to pay to advance their careers, to make more money and accumulate profit, or to increase impact, visibility, and power?

Ambitious goals are surely legitimate even if at times are not aligned with our self-awareness or capabilities. As I have been Director of Human Resources for close to 20 years in several organizations and worked in 80 different countries, I had the opportunity to observe up close the behaviour of many organizations and people.

Regardless of any characteristic of individuals, I have witnessed that what differentiate people is not the understandable desire to “progress” but rather what people are prepared to do, or not to do, to make it happen.

Some will not hesitate to sign a pact with the devil as long as they will increase their power or money e.g. by getting a promotion, while others have very clear in their mind what is “the upper limit” and will stop before overstepping the limit and the imaginary line well set in their heart and mind. If you think about it, integrity is defined by what you are not prepared to do.

A pact with the devil: Organisations seizing power

Let’s focus on organizations first. The last few weeks have been quite informative and – I have to confess – life is at times very funny.

Following the results at the US Presidential election and the dramatic images of the siege of Capitol Hill on January 6, all of the sudden organizations and CEOs hide or swiftly remove pictures while shaking hands with Donald Trump from their elegant offices or will deny that have done business with him and will cut ties with the former administration.

In fact, Trump National Golf has been stripped of 2020 US PGA Championship, Forbes chief content officer warns against hiring prominent Trump former staff, German Investment Bank Deutsche Bank decided that would terminate business with the former US president, Ivanka Trump won’t be invited again to high-level gatherings replaced by more presentable and en-vogue speakers. Let’s start by clarifying that doing something legal does not equate that is ethical.

Italy, following the lead from the Nazi regime in Germany, promulgated the racial lays against Jews in 1938, so discrimination was perfectly legal and – for the avoidance of any doubts – morally repulsive. In this terrible moment in history, indifference prevailed, darkness won. Shall we talk about corruption? You won’t find the word corruption in any World Bank document until 1995 as if corruption did not exist.

It was Sir. James Wolfensohn, President of the World Bank from 1995 to 2005 who opened the Pandora box and tried to energetically address this issue. Take for example Dan Etere, former Nigerian Oil minister and a true master of corruption.

He hid his million in tax havens around the world and awarded himself a 1.2 billion oil field at the expense of his own citizen who struggles with 3 dollars per day average income. If you read the book “Dictatorland” by Paul Kenyon you will understand how deep and embedded in the system is corrupt, not limited to Africa’s continent.

Can the devil take on different forms or even something deeper? I’m convinced that it’s not only a matter of choosing between corruption and honesty but above all of deciding whether or not to be free. Let’s return to the topic of careers and individual choices. By accepting a recommendation- basically, get a job because we are connected with someone powerful and not because we are qualified to take the role – we’ll become debtors to the very same person who got us there. We will have to display not only loyalty but also blind obedience.

We know that anyone who has debts is not free: accepting a free holiday, an expensive gift, a treat of any kind, we will be blackmailed, automatically no longer free to act, think, and write in whatever way we want. We’ll become prisoners; we’ll sell our integrity, our freedom. Will we let Mephistopheles win and take our soul or can we make the right choice? Viktor Frankl, author of the seminal book Man’s Search for Meaning said that in any situation we still have the freedom to choose and the possibility of finding meaning, even and especially in suffering.

Freedom isn’t, therefore, doing whatever we want. Freedom becomes making conscious choices that don’t make us open to blackmail. Victor Frankl said that there is an external stimulus and our internal response. The space between stimulus and response is called choice and this choice is our freedom.

There is an external stimulus and our internal response. The space between stimulus and response is called choice and this choice is our freedom.

The stories at companies are similar: driven by a figure of authority or in the name of a false god, many sell their soul without evaluating the consequences: company executives who falsify the balance sheets to pocket money; politicians who pocket bribes or steal votes; contests rigged to the detriment of serious qualified people; jobs are given in exchange for favours of various kinds; recommendations for a relative to be hired at the expense of a well-qualified candidate; rigged contracts.

The pact with the devil really exists, potentially within all of us. The electric shock experiments by Stanley Milgram or Stanford Prison Experiment by Philip Zimbardo were shocking and devastating because they forced us to observe ourselves in front of a mirror and admit that we could be the one giving those electric shocks or much worse. The distance from Auschwitz was not so far.

By being fully aware of it, by evaluating the consequences, we’ll avoid the ‘fatal embrace’ of the diabolical pact, preserving our soul while remaining true to ourselves. I’ve never worried about technical mistakes, I’ve made thousands of them, but when something smells rotten I keep my distance: better to get fired or leave than losing your soul. Jordan Peterson in his book “12 rules for life: an antidote to chaos” has given us a relevant insight. We need to pursue what is meaningful and not what is merely expedient.

We make a pact with the devil when, letting others decide for us, we blindly obey and follow orders thus abdicating our free will, the ability to make choices – the greatest gift we have – in exchange for rewards of any kind. It’s not a question of becoming obstinate, a pain in the neck or behaving like a spanner in the works.

It’s a matter of always being on our guard with our ethical and moral values, avoiding unacceptable compromises that may arise under various seductive and dangerous forms. Never engage the autopilot when driving on dangerous roads.

We can agree that it’s not easy to resist but do we really have any other valid choice? We’re talking about our soul, our freedom as human beings.

Under no circumstances does freedom mean doing whatever you want when you want to the detriment of others, but rather making thoughtful choices that allow you to remain autonomous and independent, respecting the rules and, above all, others: because we are the others. We are the others.

Believe me, I’ve seen and worked with too many people who have signed a pact with the devil, ending up forgotten and buried in the attic like the portrait of Dorian Gray or, worse, swallowed up by the underworld, without hope, like Mozart’s Don Giovanni.

Adjunct Professor Bocconi University, Founder Compass Consulting, Executive Coach | http://www.paologallo.net. Who look at how things might be after Covid-19