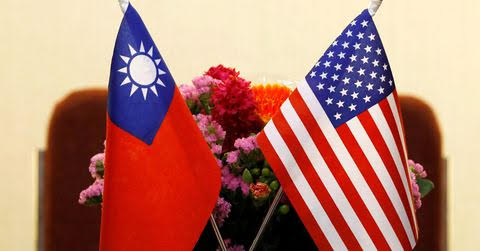 After China`s provocative military drills around Taiwan, post US House Speaker Nancy Pelosi`s visit to the self-governing island on August 2, the Biden administration is advancing toward a closer economic relationship with Taipei.Congressional and administration stalwarts criticized China for overreacting and for attempting to reverse rising US support for Taiwan. The post-visit discussions highlighted significant divisions over the American foreign policy towards China and Taiwan, reported policy research group Poreg.China responded by conducting provocative military drills around the island for four days. Bipartisan majorities in Congress closely collaborated with Trump and Biden administrations to hardening of US policy. It created a “whole of government” effort to counter Beijing`s security, economic, and governance challenges, reported Poreg. Moreover, the arrival of Xi Jinping as the numero uno on the China scene has popped up two issues, which, since 2018, have come to be viewed as exceptionally grave existential risks to the basic safety and security of the United States.One: Beijing`s attempt to subvert American might and influence in Asia and the Pacific and jump into the driver`s seat. Two: A very calibrated campaign by Xi`s egg-heads to seize control of upcoming high-tech industry, which is of great importance for contemporary national security, reported Poreg. Supporting Taiwan as a crucial American ally in overcoming these obstacles ranks high on the priority list.Meanwhile, China has a set of its own red lines, and the jingoism on display in the Middle Kingdom reflects its innate fears of Biden breach of these redlines during Laffaire Pelosi.There is a view, which has many takers in Taipei and Washington, that America`s commitments to China have weakened its support for Taiwan, reported Poreg.Not suddenly but over time, especially from the Clinton era that had witnessed a major Taiwan Strait crisis (1995-1996) precipitated by Chinese provocations.The Clinton administration sharply turned against Taiwan and privately accommodated Beijing, moving on to lift restrictions put in place after the 1989 Tiananmen massacre.It was no more than a bizarre response, as the intermittent display of Chinese military power lasted as many as nine months.The Chinese muscle flexing should have made the Clinton White House send two aircraft carrier battle groups to engage PLA forces threatening Taiwan, but it did not happen, reported Poreg.Prioritizing US comfort to Beijing over Taiwan looks out of place to many in the Congress and the administration who are focused on protecting the Eldorado of the world from the Communist desperado. More so since the Barack Obama administration`s attempts to reassure the Xi Jinping regime were mostly unsuccessful. In fact, the Obama overtures were perceived as enabling Chinese exploitation and manipulation, reported Poreg.Biden`s Presidency has come up with its own pug marks while taking the Dragon`s roar in its stride, and drawing lessons from Russia`s Ukraine war.Beijing`s outspoken resistance to criticising the Putin regime and providing Ukraine with cutting-edge American weapons has strengthened Biden`s determination to confront China. And, to rally more stridently in support of beleaguered Taiwan, reported Poreg.Biden administration moves resulted in the Inflation Reduction Act, and the multi-billion-dollar Chips and Science Act. This is in line with the bilateral free trade agreement long sought by Taiwan and many of its supporters in the American Congress.Both legislation highlights the bipartisan support to resolve to challenge Beijing when it is reeling under a natural disaster – drought and heat wave, and a man-made catastrophe – zero covid policy that is taking “an enormous economic and psychological toll on the population,” according to Eva Dou – Vic Chiang dispatch in The Washington Post.