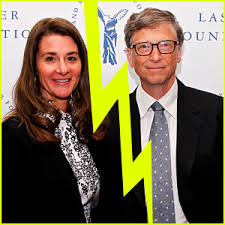 Today the news of divorce of Bill Gates & Melinda Gates rocked the Internet and Business world as they announced end of their 27 year long relationship.

The Monday morning of May 04,2021 is abuzz with one of the most unexpected news – Bill and Melinda Gates announcing their decision to go separate. It is indeed their personal call and we respect the complete privacy.

The netizens and global citizens looked upon them as the power couple goal. Bill met Melinda sometime after 1987 when Melinda joined Microsoft, founded by Bill. Bill is a poster boy of Combo of success and talent turning him into one of the top 5 richest persons in the world.

The couple were the world’s most powerful philanthropists. It seemed a perfect match made in heaven. They were made of each other, together worked on taking their projects to sky-heights. Indeed a power couple, any couple would aim to be.

They together have 3 children who are now completing studies in different subjects. The eldest daughter also tweeted her point of concern.

With a long love wedded relationship of 27 years without any significant controversy, Now the top position of power couple goes back to Barack Obama and Michelle Obama, Mukesh and Neeta Ambani, and our own Indian film Industry’s Czar and Czarina Shahrukh and Gauri Khan.

“After a great deal of thought and a lot of work on our relationship, we have made the decision to end our marriage,” Mr. and Ms. Gates said in a statement that was posted to Twitter.They went on to say that they had “built a foundation that works all over the world to enable all people to lead healthy, productive lives” and that they “continue to share a belief in that mission,” but they “no longer believe we can grow together as a couple in this next phase of our lives.”