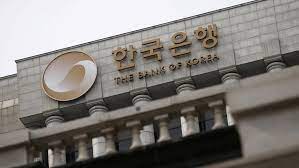 The Central Bank of South Korea has started looking for developers to build a pilot platform for a digital currency. The move means that the country is closing in on creating the first-ever Digital Currency backed by a Central Bank.

The bank was quoted saying that it will shortly start an open-bid process to look for partners to help them explore the possibilities of a CBDC in a controlled environment. This is the first time that any bank has decided to commence such an exploration project.

In view of the latest trends of cryptocurrencies and their popularity among youngsters, the step taken by BOK is revolutionary. The advent of cryptocurrency has paved the way for a parallel economy that can challenge the traditional cash-based financial sector.

Cash transactions are rapidly declining, and cryptocurrencies pose a serious threat to the International Banking System. Central Banks of Britain, China, and Sweden are also exploring the idea of introducing their cryptocurrencies to depolarize the world economy’s current financial situation.

With efforts speeding up from public sector financial entities, we would likely see a fast rise in CBDCs in the next three to four years. It is reported through a survey conducted by the Bank for International Settlements.

The BOK’s planned platform will most likely have simulations of commercial banks and retail markets, and the trials will test the viability of payments through smartphones, fund transfers, and deposits. The program is expected to run from August to December this year and will continue in the next phase in 2022.