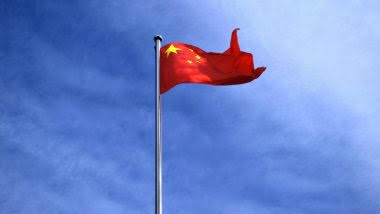 China emerged as the world`s second-largest economy by registering exceptional growth in the last four decades but at the cost of widespread corruption, environmental degradation, food safety issues and income disparities.Professor Justin Yifu Lin, formerly Senior Vice President and Chief Economist of the World Bank, 2008-2012 in an analysis explained the institutional price China paid for its economic success, reported Financial Post.In 2018, China celebrated the 40th anniversary of its transition from a planned economy to a market economy. And it was an astounding success. In 1978, the country was closed and suspended to the world. It was a poor country, if not among the world`s poorest. It`s per capita was less than a third of even sub-Saharan African nations. Over 80 per cent of its people lived in rural areas, as many were living below the international poverty line and China had a closed economy where trade made less than 10 per cent of its GDP.But in the last 40 years, the annual GDP growth rate was 9.4 per cent on average and trade grew at an average rate of 14.8 per cent. In no time, China was the world`s second-largest economy overtaking Japan. It was the largest exporter, beating Germany. It even surpassed the US to become the largest economy, measured by `purchasing power parity,` and the largest trading economy.But China paid a price for its unprecedented success. In addition to environmental degradation and food safety issues, which have attracted many public complaints and are the results of rapid industrialization and lack of appropriate regulations, the main issue during the transition is widespread corruption and the worsening of income disparities said, Professor Justin Yifu Lin.”Before 1978, China had a rather disciplined and clean bureaucratic system and an equalitarian society. According to the Corruption Perception Index published by Transparency International, China ranked No. 79 among all the 176 countries or territories in 2016,” added the Professor.The negatives are attributed by economics experts to China`s “dual-track transition strategy”. At one level, “the government provided transitory protection and subsidies to the nonviable state-owned enterprises (SOEs) in the old, capital-intensive sectors to maintain stability”.At another, it “liberalized and facilitated the entry to the new, labour-intensive sectors which were consistent with China`s comparative advantages to achieve dynamic growth,” reported Financial Post.Professor Lin points out that one of the most essential “costs of investment and operation for the old capital-intensive sectors was the cost of capital”.Before the transition in 1978, the “government used fiscal appropriation to pay for investments and cover working capital, so SOEs did not have to bear any cost for capital. After the transition, the fiscal appropriation was replaced by bank loans”.The Chinese government set up four large state banks and a stock market to meet the capital needs of large enterprises and to “subsidize SOEs, the interest rates and capital costs were artificially repressed”.The research shows, “When the transition started, almost all firms in China were state-owned. With the dual-track transition, private-owned firms grew and some of them become large enough to get access to bank loans or list in the equity market. As interest rates and capital costs were artificially repressed, whoever could borrow from the banks or list in the stock market was therefore subsidized. These subsidies were paid for by the low returns to savings in the banks or in the stock market made by individual households. Those people providing the funds were poorer than the owners of the large firms they financed. The subsidization of the operation of the rich`s firms by poorer people was one reason for increasing income disparities. Moreover, the access to bank loans and equity market generated rents, leading to bribery and corruption of the officials who control the access.”The analysis argues that some natural monopoly industries, such as power and telecommunication, were operated by state-owned enterprises and the government “liberalized the entry to those industries gradually”, adding that “those monopoly rents were also sources of inequality and corruption,” reported Financial Post.