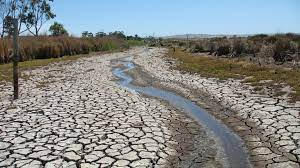 The drought in southwestern China has also had ripple effects for global businesses as companies could also face new costs from carbon taxes when shipping goods across borders, as well as higher transport costs for moving products by sea or air, according to experts. A record-setting drought crippled economic activity across southwestern China, freezing international supply chains for automobiles, electronics, and other goods that have been routinely disrupted over the past three years, reported The Sunday Morning Herald (SMH). Both ocean and airfreight are major producers of the gases contributing to climate change, accounting for about 5 percent of global carbon emissions. Companies in both sectors are quickly trying to find cleaner sources of fuel, but that transition is likely to require big investments that could drive up prices for their customers. Natural disasters and coronavirus lockdowns in China have been harrowing, given that the country is home to much of the world`s manufacturing. Such interruptions could soon become more frequent for companies that source parts and products from around the world as climate change and the extreme weather events that accompany it continues to disrupt the global delivery system for goods in highly unpredictable ways, economists and trade experts warn. Much remains unknown about how the world`s rapid warming will affect agriculture, economic activity, and trade in the coming decades. But one clear trend is that natural disasters like droughts, hurricanes, and wildfires are becoming more frequent and unfolding in more locations. In addition to the toll of human injury and death, these disasters are likely to wreak sporadic havoc on global supply chains, exacerbating the shortages, delayed deliveries, and higher prices that have frustrated businesses and consumers reported the Australian publication. The drought in southwestern China has ripple effects on global businesses. It drastically reduced hydropower production in the region, requiring power cuts to factories and scrambling supply chains for electronics, car parts, and other goods. Volkswagen and Toyota curtailed production at nearby factories, as did Foxconn, which produces electronics, and CATL, a manufacturer of batteries for electric cars, reported SMH. The Yangtze River, which bisects China, dipped so low that the oceangoing vessels that typically traverse its upper reaches from the rainy summer into early winter could no longer run. Companies had to scramble to secure trucks to move their goods to Chinese ports, while China`s food importers hunted for more trucks and trains to carry their cargo into the country`s interior. The heat and drought have wilted many vegetables in southwestern China, causing prices to nearly double, and have made it hard for the surviving pigs and poultry to put on weight, driving up meat prices. The drought means less water not only for hydropower but also for the region`s chemical factories and coal-fired power plants, which need huge quantities of water for cooling, reported SMH. These frequent disruptions in Chinese manufacturing and logistics have added to concerns among global executives and policymakers that many of the world`s factories are far too geographically concentrated, which leaves them vulnerable to pandemics and natural disasters. But setting up factories in other parts of the world to offset those risks could be costly, for both businesses and the consumers to whom companies will pass their costs on in the form of higher prices, reported SMH. In a 2018 report, the WTO pointed out that the global food trade was particularly vulnerable to transportation disruptions that might occur due to climate change, like rising sea levels threatening ports or extreme weather degrading roads and bridges.