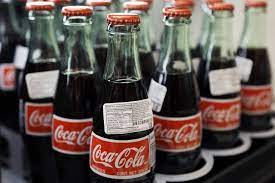 Coca-Cola Co is ready to take on the fast spreading Delta variant of COVID-19 pandemic, its finance chief John Murphy said after the beverage giant raised its full-year sales forecast.

The company’s shares surged by 2% after the world`s largest soda maker also beat second-quarter estimates as demand bounced back from pandemic lows following the re-opening of economies.

But it is saddening to see that the infections led by this variant are increasing from Australia to the United States with lockdowns and other restrictions returning in some regions, raising fears over the pace of recovery and rattling stock markets earlier this week.

Sales in some markets in Asia were drastically down in the second quarter from the resurgence, Murphy said.

Some potential impact of the Delta variant was baked into the raised sales forecast, Murphy said, adding the company would look again to prioritize its product portfolio to bigger brands and focus on reinforcing its supply chain if the health crisis were to worsen more than expected.

The dastardly effects of COVID-19 pandemic in the last year forced Coca-Cola to streamline its product range, with the company discontinuing its TaB diet soda and Coca-Cola Energy brands in the United States, and selling its ZICO coconut water brand.

“When things get more constrained, the bigger brands are the ones you focus on,” Murphy said.

Coca-Cola has been affected by the closing of public venues such as theaters, restaurants and stadiums, unlike rival PepsiCo Inc that relies more on grocery and retail channels.

Coca-Cola`s adjusted overall revenue rose 41.1% in the second quarter to $10.13 billion, beating analysts` estimate of $9.32 billion, according to IBES data from Refinitv.

The company raised its annual organic revenue target, to a 12% to 14% increase from a prior high single digits increase. Annual adjusted earnings per share are expected to rise 13% to 15%.

Adjusted earnings of 68 cents per share beat expectations of 56 cents.