Coinbase to cut 1,100 jobs amid turmoil in crypto markets 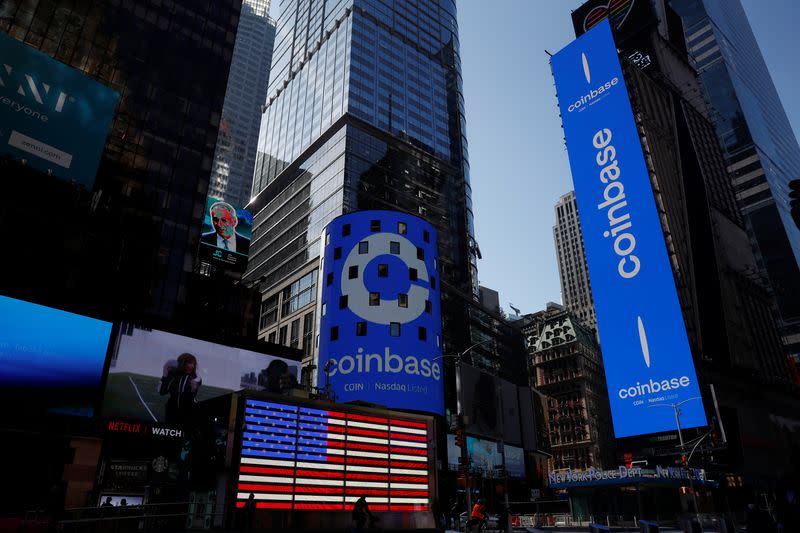 Cryptocurrency exchange Coinbase Global Inc said on Tuesday it would slash 18% of its workforce, or about 1,100 jobs, as part of efforts to rein in costs amid volatile market conditions.
The layoffs come a day after Bitcoin fell as much as 14% after major U.S. cryptocurrency lending company Celsius Network froze withdrawals and transfers, in the latest sign of the financial market downturn hitting the cryptosphere.
Coinbase said earlier this month that it would extend its hiring freeze for the foreseeable future and rescind a number of accepted offers.
In a filing  on Tuesday, the company said it expects to incur about $40 million to $45 million in total restructuring expenses, substantially all related to employee severance and other termination benefits.
Coinbase last month reported a 35% slump in total revenue to $1.17 billion for the three months ended March 31, missing analyst expectations and weighing on investor sentiment.