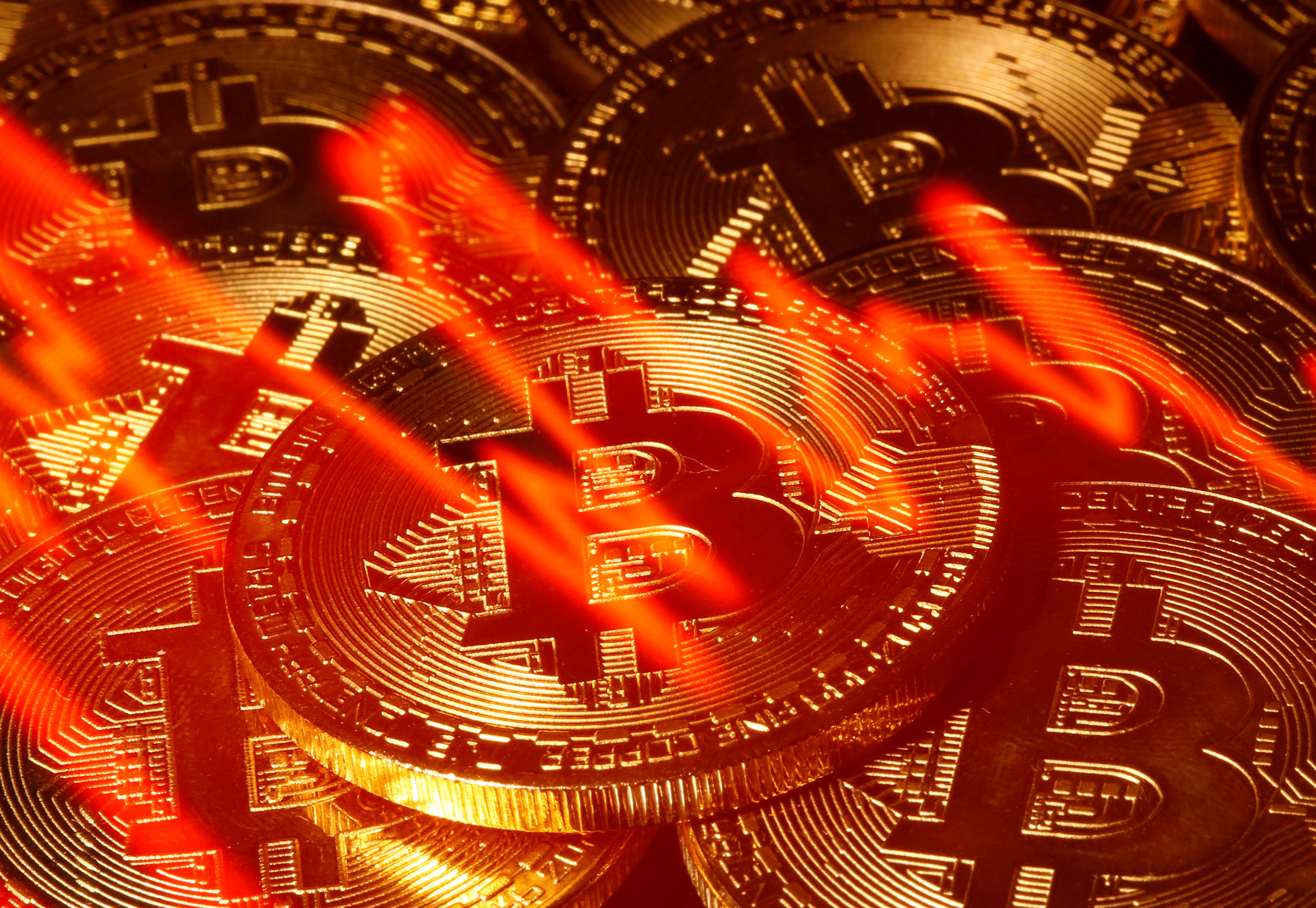 It`s not all doom and gloom.
Even as the crypto sector shivers in the bleak winter, venture capitalists are pouring money into digital currency and blockchain startups at a pace that`s set to outstrip last year`s record.
In the first half of the year, VCs bet $17.5 billion on such firms, according to data from PitchBook. That puts investment on course to top the record $26.9 billion raised last year, a warmer and happier time for bitcoin and co.
“The current market conditions – I don`t think they faze investors,” said Roderik van der Graf, founder of Hong Kong investment firm Lemniscap, which focuses on crypto and blockchain. “The capital available is massive.”
VC funds offer to finance to young companies they believe have strong growth prospects. The data suggests a solid faith in the future of crypto and blockchain tech, despite a bruising six months for the industry.
A double whammy of macroeconomic headwinds and blow-ups at major projects this year have seen bitcoin plummet about 65% from its November record of $69,000, with the overall value of the crypto market tumbling by two-thirds to $1 trillion.
Companies have shuddered as prices fall, with major U.S. exchange Coinbase Global and NFT platform OpenSea among those to lay off hundreds of workers.
Yet some VCs are shrugging off the gloom, with many deploying substantial war chests as their faith in the underlying tech behind crypto coins remains strong.
Though not all investors are so bullish in the face of the crypto carnage, not by any means.
David Siemer, CEO of California crypto management firm Wave Financial, said there were signs of a pullback from the sky-high valuations of crypto firms last year.
“This will get a lot worse – we`re a couple of months into this cycle. In the last cycle the pain for those looking for funding was about 12 months.”
AMERICAN HOTSPOT
North America, long the hotspot for VC deals, has again been the focus of activity with about $11.4 billion in the six months to June, versus $15.6 billion for the whole of last year.
The numbers contrast with general VC activity in United States, where deals fell to $144.2 billion in the first half from $158.2 billion in the same period last year as macro conditions and market turmoil chill investment.
Rumi Morales, director of investments at Digital Currency Group, a major American VC, said the data reflected increasingly robust faith in the crypto and blockchain sector.
“There used to be existential risk being in the space – that the whole industry was just going to go away, it was all a dream. That is not the case anymore.”
Adoption of crypto as an investment tool mushroomed last year, with the use of blockchain also gaining ground – even if the revolutionary changes from the technology promised to industries such as finance and commodities remain elusive.
Among the mega U.S. crypto deals in 2022: $400 million raised by the U.S. arm of crypto exchange FTX in January; a $450 million fundraising round by blockchain developer ConsenSys in March; and $400 million raised by stablecoin issuer Circle a month later.
Activity is strong in Europe too, with $2.2 billion of VC investment in the first half of the year.
Lisbon-based Fedi, an app designed to help people receive, hold and spend bitcoin, said this month it had raised $4.2 million in seed financing.
“Within seven days we had all of the investment commitments,” Obi Nwosu, one of its founders, told Reuters. “And within less than a month and a half we had the initial fundraise target in the bank. Done.”