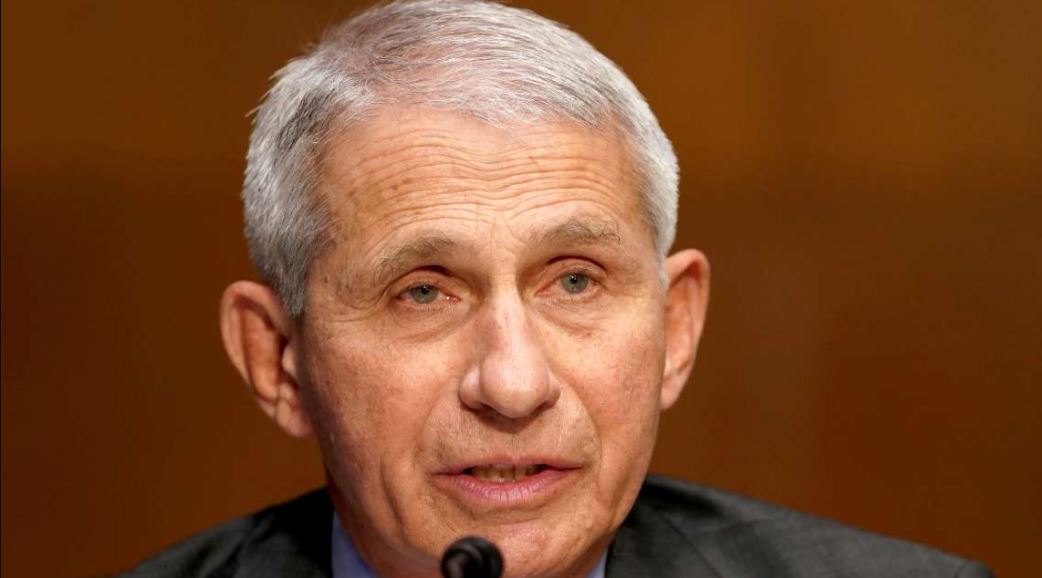 The dangerous Delta variant of the COVID-19 will prove to be a major threat for the US when it is planning to eradicate the pandemic, White House Chief Medical Advisor Dr Anthony Fauci has warned.
While addressing  a White House briefing on COVID-19 on Tuesday, Fauci said the variant was first identified in India, now comprising more than 20 per cent of all new cases in the US, which is a surge of almost 10 per cent
two weeks ago.
“Similar to the situation in the UK, the Delta variant is currently the greatest threat in the US to our attempt to eliminate COVID-19,” Fauci told the media.
But the best part is that US vaccines are way more effective for this variant, said Fauci, the head of the National Institutes of Allergy and Infectious Diseases (NIAID). “Conclusion, we have the tools, so let’s use them and crush the outbreak,” he asserted.
In the UK, the Delta variant proved to be dangerous, crossing the Alpha variant which was first discovered in the country. The strain comprises over 90 per cent of new cases and delayed the UK’s scheduled reopening. The spread of the Delta variant is way above the wild type SARS-CoV2 and the Alpha variant, Fauci further informed that it is linked with rising disease severity which is reflected by hospitalisation risk compared to the Alpha variant.
The Imperial College of London conducted a study in more than 100,000 homes and found that youth were driving the UK’s increase with a five-fold higher positivity among children aged 5-12 and young adults 18-24 years against people older than 65 years old, he said.

“Look at what is happening in the United States. We have seen, as was the case with B.1.1.7, we seem to be following the pattern with the Delta variant with a doubling time of about two weeks if you look from May 8 with 1.2 to 2.7 to 9.9 and as of a couple of days ago 20.6 percent of the isolates are Delta,” Fauci said. He reiterated that the United States possess tools to address the challenge.
“The effectiveness of the vaccines, in this case, two weeks after the second dose of Pfizer BioNTech with 88 per cent effective against the Delta and 93 per cent effective against the Alpha when you are dealing with symptomatic disease,” he said.
Rochelle Paula Walensky, the director of the Centers for Disease Control and Prevention, further added that CDC continues to follow how much the Delta variant of COVID-19 is prevalent. The last two weeks have seen a double rise in cases with about 20 percent
and it represents nearly half of all infections, she said.
“We know our vaccines work against this variant; however, this variant represents a set of mutations that could lead to future mutations that evade our vaccine, and that is why it is more important than ever to get vaccinated
now to stop the chain of infection, the chain of mutations that could lead to a more dangerous variant,” Walensky said.
The US Centers for Disease Control and Prevention has classified the Delta, a highly transmissible COVID-19 variant, as a “variant of concern.”
“The B.1.1.7 (Alpha), B.1.351 (Beta), P.1 (Gamma), B.1.427 (Epsilon), B.1.429 (Epsilon), and B.1.617.2 (Delta) variants circulating in the United States are classified as variants of concern. To date, no variants of high consequence have been identified in the United States,” the CDC said in a statement last week.
The World Health Organization further termed the Delta variant as a variant of concern on May 10.