Dubai bankers shifting their focus to the tech sector 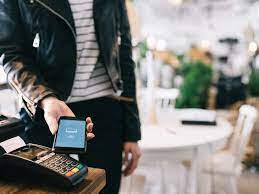 Many Dubai bankers are handing in their notices, tempted by the temptation of cashing out, stock
options, and share awards at startups, despite deal costs in the Gulf area being a fraction of those in
other markets.
One of them is veteran investment banker Omar Abuinnab. In December, he departed Guggenheim
Partners’ Middle East branch to create Keyper, a Dubai-based real estate technology firm.
Keyper, which began operations in January, describes itself as a private banker for real estate
investors. According to a KPMG research from 2020, such “proptech” firms are a developing global
market that has attracted $2.6 billion in global investment in 2019, up from $1 billion in 2016.
Abuinnab isn’t the only one. Youssef Salem, a former Moelis & Co banker, joined Swvl, a Dubai-based
transportation firm that announced a merger with Queen’s Gambit in July. Swvl was valued at around
$1.5 billion in the acquisition.
Amit Agarwal, a former Goldman Sachs executive, has joined TruKKer, a Middle Eastern logistics and
haulage technology startup, as group chief financial officer.
“People used to go into investment banking because it was one of the best-paying jobs. They’re now
attempting to create unicorns “Abuinnab was referring to companies with a market capitalization of $1
billion or more.
The success stories from Dubai’s tech sector have piqued people’s interest in the industry.
Amazon’s $580 million purchase of Middle Eastern online retailer Souq.com in 2017 sparked a flurry of
mergers in the industry, including Uber’s $3.1 billion purchase of ride-hailing company Careem in
2019.
However, compared to agreements in other locations, the payoff for bankers can be small.
According to a prospectus filed in September, Saudi Telecom Co’s tech company Arabian Internet and
Communications Services Co claimed it would spend $12 million in fees for its first public offering.