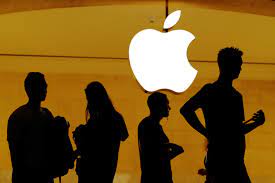 Regulators and lawmakers throughout the world have questioned Apple’s practise of mandating app developers to utilise its in-app payment system and pay commissions of 15% to 30% on digital goods purchases.

In 2019, the Netherlands’ Authority for Consumers and Markets (ACM) initiated an investigation into whether Apple’s conduct amounted to an abuse of a dominant market position. However, it was later narrowed in scope to focus solely on dating apps, including Tinder’s parent company, Match Group Inc.

“We disagree with the order issued by the ACM and have filed an appeal,” Apple said in a statement. It added that “Apple does not have a dominant position in the market for software distribution in the Netherlands, has invested tremendous resources helping developers of dating apps reach customers and thrive on the App Store.”

Apple was found to have broken competition regulations, according to the regulator’s decision. It has ordered Apple to change the unfair circumstances that apply to dating-app suppliers in its App Store.

Apple must now allow dating-app developers to utilise alternate payment mechanisms, according to the ruling. If the corporation does not comply, it might face a fine of up to 50 million euros ($56.6 million).

According to a statement, Apple has until January 15 to execute the adjustments.

“We applaud the ruling issued today by a Rotterdam Court affirming the ACM`s decision that Apple`s forced use of its in-app payment systems and other practices violate Dutch and EU competition law, and must be eliminated by January 15th,” Match group said in an email statement.

Apple’s regulatory setback in the Netherlands comes after the iPhone manufacturer lost a legal battle in South Korea to overturn a rule requiring major app platform providers such as Apple and Alphabet Inc’s Google to allow developers to utilise third-party payment services.

Google has stated that it will accept such payments, but that it will charge a commission. Apple has remained tight-lipped about its compliance efforts in Korea.

Apple is facing legislation in the European Union and the United States that would require it to adjust its in-app payment methods and other business practises that developers find objectionable.