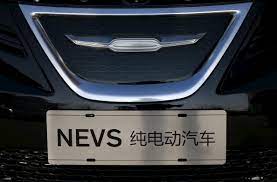 As its Chinese parent battles default on more than $300 billion in debts, China Evergrande Group’s Swedish electric car company is in talks with US and European venture capital companies and industrial partners to find new owners, according to its top executive.

National Electric Vehicle Sweden AB (NEVS), which is owned by the cash-strapped Chinese property developer, has enough capital to endure “for a long time,” according to its Chief Executive Stefan Tilk, who also stated that numerous investors have expressed interest in the company.

He declined to comment on a possible valuation. A source familiar with the situation told the unit could be valued at as much as $1 billion.

Evergrande has already missed three interest payments on its overseas bonds and has been forced to sell some of its assets in order to acquire cash.

The Chinese real estate developer has invested billions of dollars in companies that create automotive technologies, including NEVS. It also has joint partnerships with Hofer in Germany and Koenigsegg in Sweden.

NEVS is the Swedish arm of Evergrande’s EV company, Evergrande New Energy Car Group, which got an electric vehicle production licence in China four years ago.

Tilk said NEVS is in talks with European and American corporations about a possible sale or other finance, but he wouldn’t name them.

“We are in dialogue both with venture people and companies that have the same idea and direction as us and want to get into this with our full competence,” he told. “So they are both industrial partners and venture capitalists.”

Evergrande NEV warned in recent stock exchange filings that it was still looking for new investors and asset sales, and that if neither were found, it would struggle to pay employee salaries and meet other costs.

If Evergrande survives the crisis, Tilk believes NEVS, which let off nearly half of its 650 employees in August, will be able to rehire staff to get the expertise Evergrande seeks in Europe.

“If Evergrande can continue its operations, which they hope to do, they will be interested in having a footprint in Europe, with infrastructure like a plant, tests, lab. And we have that,” he said.

Meanwhile, NEVS, which acquired Saab’s assets in 2012, is concentrating on developing PONS, an autonomous ride-sharing network for smart cities and university campuses.