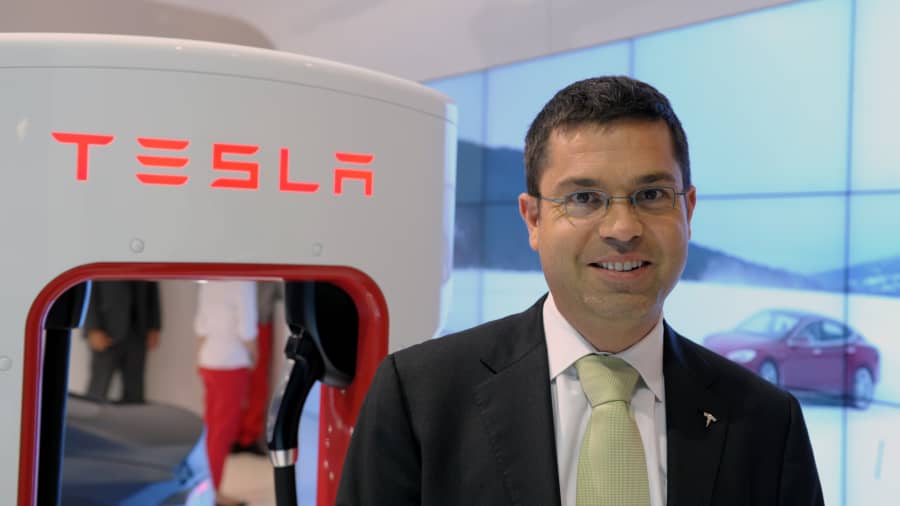 Former Tesla Inc executive and president Jerome Guillen has sold an estimated $274 million worth of
shares after exercising stock options since June 10, as per the Securities and Exchange Commission
(SEC) filing. He left the company in June.
The filing said that Guillen expected to sell 215,718 shares for $129 million that day, and that he
offloaded 145,289 shares worth $89.6 million on June 14, and 90,111 shares worth $55 million on
June 10.
A former Mercedes engineer, Guillen joined Tesla in 2010 and spearheaded the company’s entire
vehicles business before being named president of the Tesla Heavy Trucking unit in March. He left the
company on June 3.
The departure of Guillen and other leaders has raised several concerns about Tesla`s future vehicle
programs like the Semi electric truck and new batteries called 4680 cells.
Gordon Johnson, an analyst at GLJ Research, estimated that Guillen has cut his exposure to Tesla
from 1.3 million shares a weak ago to about 150,000 as of Friday.
“Should TSLA be on the verge of technological and autonomous breakthroughs and breakout 2Q21E
deliveries/earnings, as well as EV domination, why has what many assumed was the second most
important person at the company (i.e., Jerome Guillen) sold $274mn worth of TSLA stock,” he said in
a report.
“It could raise some eyebrows for investors,” Wedbush Securities analyst Daniel Ives said, adding that
investors are going to watch closely to see if he sells more.