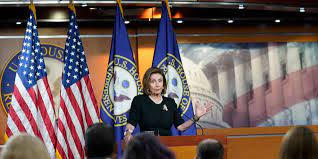 A grouping of more than 200 democratic reform-minded lawmakers from 25 countries is set to hold its annual conference in Washington, DC on September 12-14, US-based publication Politico reported.”While the Chinese government is ramping up military actions against Taiwan and providing implicit support to Russia`s senseless aggression against Ukraine, this gathering comes at a critical time,” said Samuel Cogolati, a member of the Belgian Chamber of Representatives and co-chair of Inter-Parliamentary Alliance on China (IPAC). The summit will bring together 60 legislators to discuss how governments can work to uphold human rights in China and safeguard Taiwan`s democracy, he added. Members of the IPAC from Australia, India, Japan, and New Zealand earlier this month announced the launch of an Indo-Pacific forum for legislators. The IPAC Indo-Pacific Forum will deepen joint efforts in defending and enhancing the liberal rules-based order, shared values of democracy, freedom of expression, and the rule of law. The IPAC Indo-Pacific Forum will also enhance coordination in responding to China`s growing influence in the region, such as the recent security pact signed between the PRC (People`s Republic of China) government and the Solomon Islands. This IPAC Indo-Pacific Forum will be the first inter-parliamentary forum of its kind specifically formed to address challenges posed by the intensifying dynamics in the region.In a statement, IPAC said members hope to have additional legislators from South Korea, Taiwan, the Pacific Islands and other democratic partners in the region attend future meetings, as well as legislators from the US, UK and Europe.In a joint statement released after the event, the legislators said: “The Pacific Islands Forum Secretariat (PID) has recently created a 2050 Strategy for the Pacific Blue Continent as a way of enhancing member states` resilience and security.”IPAC said bilateral security agreements like that with the Solomon Islands apply a divide and conquer approach to the Pacific which diminishes, not enhances, regional stability.”We call on Pacific countries to continue to talanoa and dialogue with each other about matters of mutual importance before committing to any new bilateral arrangements by any actor, which impacts the collective security,” the group said.IPAC leaders have time and again reaffirmed their desire to promote the upholding of human rights and safeguarding of democratic values across the Indo-Pacific region.The sovereignty, integrity and freedom of the Pacific Islands are of paramount importance to all our countries.They have expressed deep concern over the recent announcement of a new security agreement between the PRC and the Solomon Islands, which could open the way for a PRC military base on the islands.