Google vs CCI slugfest, and  here’s how it could impact Android users 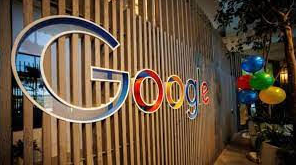 According to Google, the Competition Commission of India’s (CCI) order against the operating system policies of Android will increase the cost of devices in India and encourage the proliferation of unregulated apps that pose risks to personal and societal security.

Google stated that the CCI’s order “strikes a blow” at efforts to hasten digital adoption in the nation and that the order against Android could have far-reaching repercussions.

Late last year, the CCI fined Google twice for unrelated violations. One of the fines, totaling more than 1,300 crore, was levied against the company for allegedly “abusing its market dominant position” in a number of fields pertaining to the local Android mobile device ecosystem. Beyond the monetary amount of the fine, however, Google is displeased with other conditions the regulator imposed, which analysts claim could undermine the company’s ability to make money in the market.

Among them are requirements that Google not refuse “disadvantaged” original equipment manufacturers (OEMs) access to its Play Services plugins and that the licencing of the Play Store to OEMs not be tied to the requirement of pre-installing Google search, Chrome browser, YouTube, Google Maps, Gmail, or any other Google application. Additionally, it has requested that Google refrain from limiting app developers’ ability to distribute their apps outside of the Google Play Store through side-loading.

According to CCI’s order, “the competitors of these services could never obtain the same level of market access which Google secured and embedded for itself through MADA (Mobile Application Distribution Agreement) Network effects, coupled with status quo bias, creating significant entry barriers for competitors of Google to enter or operate in the concerned markets.”

“Predatory apps that expose users to financial fraud, data theft and a number of other dangers abound on the internet, both from India and other countries. While Google holds itself accountable for the apps on Play Store and scans for malware as well compliance with local laws, the same checks may not be in place for apps sideloaded from other sources,” Google said in a blog post Friday.