Jan 24, 2023 bizemag, Business, Business strategy e-magazine, Digital Marketing, florida and texas laws, Here’s what the Florida and Texas laws the US top court could hear a challenge to, Management, US, US top court 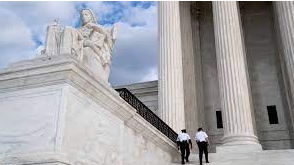 The US Supreme Court is scheduled to hear a challenge to the Florida and Texas state laws following two conflicting lower court rulings on social media or “Big Tech” companies’ removal of controversial content from online platforms.

The state laws, Senate Bill 7072 and HB 2020, are comparable in that they forbid and punish social media companies for removing “political content” and free speech. They even go so far as to permit political candidates to sue such platforms for the removal or blocking of their accounts.

What are the current state laws in the US saying about this? How did this situation end up before the Supreme Court? What potential issues might this raise?

Social media sites are currently protected legally in the US by Section 230 of the Communications Decency Act, a 1996 law that shields online services from liability with regard to user-posted content. However, the Supreme Court will hear two cases in February that could have a significant impact on Section 230’s applicability and content moderation on online platforms.

The first is “Gonzalez v. Google,” a lawsuit brought by the kin of an American man killed by ISIS-supporting groups. It made the case that pro-ISIS recommendations produced by YouTube’s algorithm can be viewed as independent pieces of content created by the website. This case will therefore make it clear whether algorithms are covered by Section 230’s immunity provisions.

Twitter vs. Taamneh, a related case that the Court will hear in February, will establish whether social media companies can be held liable for supporting terrorist acts by hosting specific types of content.

In addition, the First Amendment forbids Congress from passing legislation that limits the freedom of the press or of speech. As evidenced by the 2019 ruling made by the Ninth Circuit in “Dyroff vs. Ultimate Software,” where the protection under Section 230 was extended to targeted recommendations, there has been an increase in courts citing this provision to shield social media companies from liability.

Similar to this, in the 2019 case of Force v. Facebook, where victims of Hamas terrorist attacks in Israel demanded that Facebook be held accountable for hosting objectionable content, the US Court of Appeals determined that Section 230 shields social media companies from terrorism claims.

In their divergent rulings in the cases contesting the Texas and Florida content-moderation laws, the US Courts of Appeals for the Fifth Circuit and the Eleventh Circuit both cited the First Amendment.