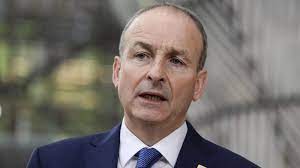 Reportedly more than 80,000 computers belonging to Health IT system were shut down with immediate effect as soon as news of the major cyber attack in form of hack appeared on the morning of 13th May.

Micheal Martin, Ireland’s Prime Minister (Taoiseach) refused to pay any ransom to the hackers and the entire Irish Health care system has come to pen and paper manual operations.

He further said that the Government will not negotiate with an international criminal gang that have brought the Health IT system to its knees with mass level hacking.

It was reportedly a bitcoin ransom demand by cyber criminals as told by Minister of communications, Ireland. However there is no disclosure on the amount.

Michael Martin said on Friday , ” We had the people in place, we had the capacity and we had the systems in place to deal with this and we are dealing with it methodically from the onset.”

It will take some days but the vaccination programme continues uninterrupted in the welfare of people.

Earlier Tanaiste Leo Varadkar said the attack could affect systems throughout the weekend and into next week.

Chief Medical Officer Dr Tony Holohan on Friday said the attack will slow down their ability to organise effective testing and to measure the total number of Covid cases in the country.

Chief Clinical Officer at the HSE Dr Colm Henry described the scale of the attack as ‘unprecedented’ in terms of ‘scale and damage’.

‘National healthcare services are already under strain from the pandemic, which will make this ransomware attack even more devastating. That fact will not be lost on the hackers,’ Forbes said.

The hack comes just one week after a fuel network in the US had to shut down its systems until a $5million ransom was reportedly paid.

India and its war with cyber attacks during COVID-19 pandemic