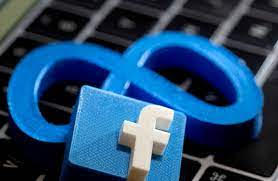 Facebook-owner Meta considers steps to curb Russian government misinformation and henceforth has removed hacking campaigns, influence networks and scam operations amid the war in Ukraine, according to a report released on Thursday by the social media company, which also said it was reviewing additional steps to address misinformation from Russian government pages.
“We`re constantly reviewing our policies based on the evolving situation on the ground and we are actively now reviewing additional steps to address misinformation and hoaxes coming from Russian government pages,” said Meta`s president of global affairs, Nick Clegg, on a call with reporters.
Russia has battled big tech companies to control online information flows after its invasion of Ukraine on Feb. 24, which Moscow calls a “special military operation.” It has banned Facebook and Instagram, and throttled Twitter by slowing its service. Twitter said this week it will not amplify or recommend Russian government accounts to users.
In its first quarterly adversarial threat report, Meta said government-linked actors from Russia and Belarus had engaged in cyber espionage and covert online influence operations, including an influence operation linked to the Belarusian KGB.
It said there had been other continued attempts from networks it had previously disrupted, including further efforts by the threat actor Ghostwriter to hack the Facebook accounts of dozens of Ukraine military members.
Meta said in the report it had also removed a network of about 200 accounts operated from Russia that coordinated to falsely report people, mostly in Ukraine and Russia, for violations like hate speech or bullying.
The mass reporting was primarily coordinated in a cooking-themed Facebook Group which had about 50 members when Meta took it down in March.