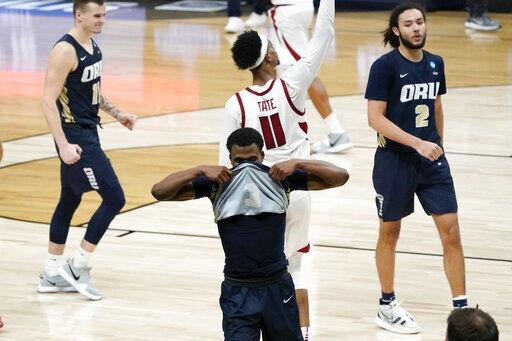 Davonte Davis hit a short jumper with 2.9 seconds left, and Arkansas advanced to the Elite Eight for the first time in 26 years with a 72-70 win over Oral Roberts in the South Region semifinals Saturday night.

Within reach of becoming the first No. 15 seed to reach the Elite Eight, Oral Roberts stumbled with a series of turnovers and missed shots. The dream of Oral Roberts’ to continue its improbable run in the NCAA Tournament shattered as Max Abmas’ last shot hit the front of the rim and bounced away at the buzzer.

Next up for the Razorbacks is face top-seeded Baylor in what should be a fast-paced South Region final on Monday.