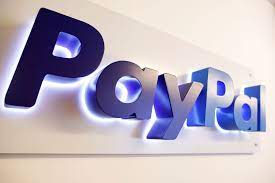 PayPal has announced that it would acquire Japanese buy now, pay later (BNPL) firm Paidy in a $2.7 billion largely cash deal, taking another step to claim the top spot in an industry experiencing a pandemic-led boom.

The deal tracks rival Square Inc`s agreement last month to buy Australian BNPL success story Afterpay Ltd for $29 billion, which experts said was likely the beginning of a consolidation in the sector.

“The acquisition will expand PayPal`s capabilities, distribution and relevance in the domestic payments market in Japan, the third largest ecommerce market in the world, complementing the company’s existing cross-border ecommerce business in the country,” PayPal said in a statement.

The BNPL business model has been hugely successful during the pandemic and has upended consumer credit markets. These firms make money by charging merchants a fee to offer small point-of-sale loans which shoppers repay in interest-free instalments, bypassing credit checks.

Apple Inc and Goldman Sachs are the latest heavyweights that have been reported to be readying their own version of the service.

Paypal, already considered a leader in the BNPL market, also entered Australia last year, raising the stakes for smaller companies such as Sezzle Inc and Z1P.AX Co Ltd, stocks of which were down in midday trading.

The US payments firm has been among the big winners of the COVID-19 pandemic as more people used its services to shop online and pay bills to avoid stepping out. Businesses, forced to move their stores online, also flocked to PayPal boosting its customer base of active accounts to more than 400 million worldwide.

Buying Paidy will help PayPal expand in Japan, where online shopping volume has more than tripled over the last 10 years to some $200 billion, but more than two-thirds of all purchases are still paid for in cash, PayPal said in an investor presentation.

Paidy, with more than 6 million registered users, offers payment services that allow Japanese shoppers to make purchases online, and then pay for them each month at a convenience store or via bank transfer.