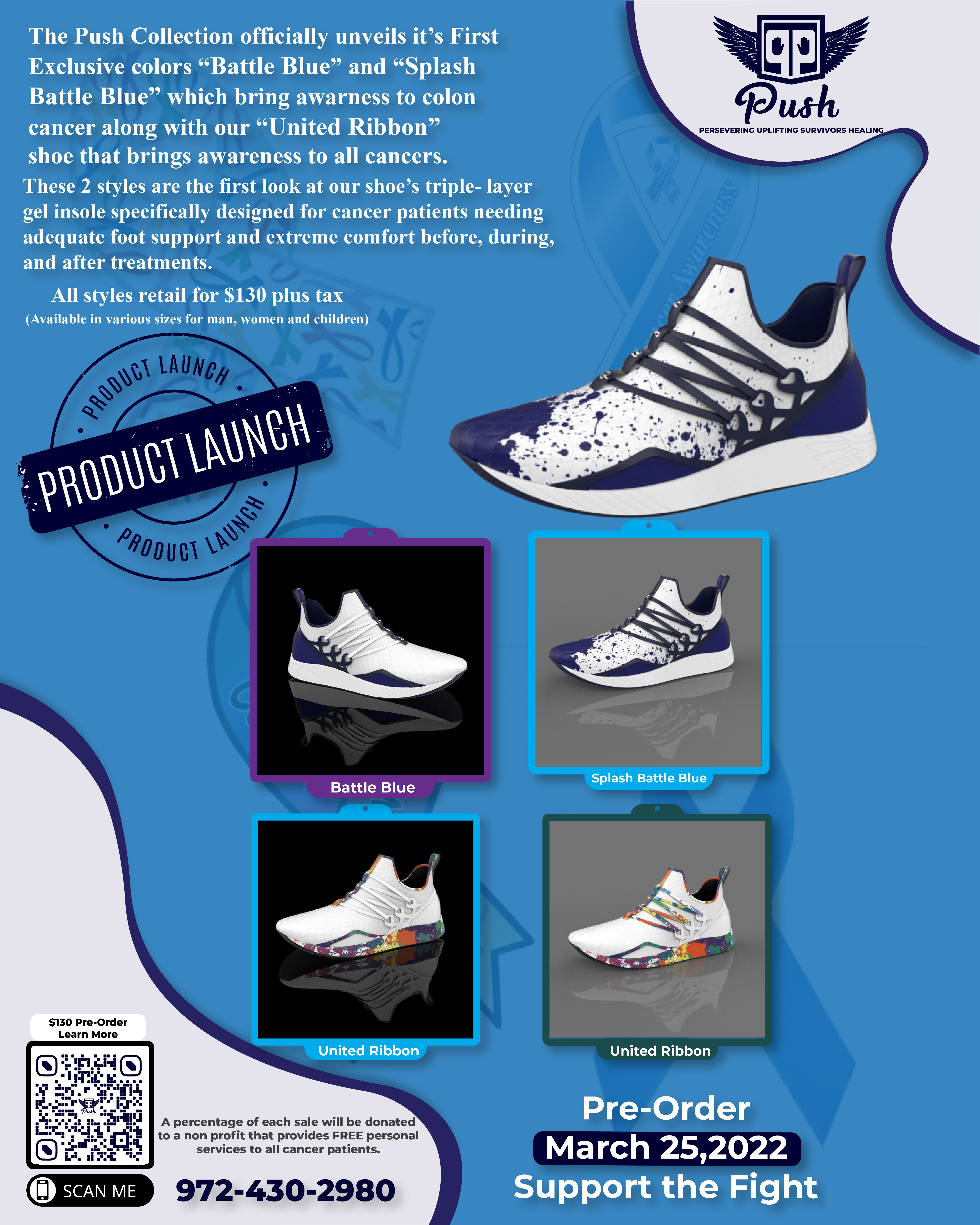 Recognised as Top Women Entrepreneur of 2022 by Bizemag Media

Ann Williams, Founder of Push Collection Inc is a cancer survivor. She told Bizemag Media, “Many of my family members are cancer survivors. I understand the need for specially customised shoes for cancer patients and survivors. We are looking to go global with Push Brand shoes across the world . Push Collection Inc introduces shoes for mens , women and children that are undergoing cancer or survivors we cater to all ages who have cancer. My plan for Push Brand is to be world wide with marketing my products across the world . and they can purchase all shoes and clothing on our website : www.pushcollections.com,”

What inspired Ann Williams to launch this new shoe-line ??

The Motto of Push Collection Inc

Sometimes Soldiers don’t enlist, they are drafter. In 2015, I was diagnosed with cervical cancer. Suddenly, I was thrust into a war that I was totally unprepared for. I had no idea the battle that lay ahead. I learned that many of my family bravely served in battle before me. Although each of us were at war with the same enemy. The attack was different. I felt a kinship with not just my family who had fought cancer, but also those foe met during my own tour. We were all brothers and sister, soldiering our way through chemo and fighting for our survival.

Over time a genuine camaraderie amongst us had developed. Of course, this made it even harder when one of us lay wounded or worst yet, had fallen. It was in witnessing this time and time again that a strong felling of remission remorse had developed and I pledged an oath to PUSH (Persevering, Uplifting, Surviving Healers) no matter what. Being drafted into this war was a choice, but fighting with every ounce of my sprit was and still is. We soldier on… We PUSH forward.