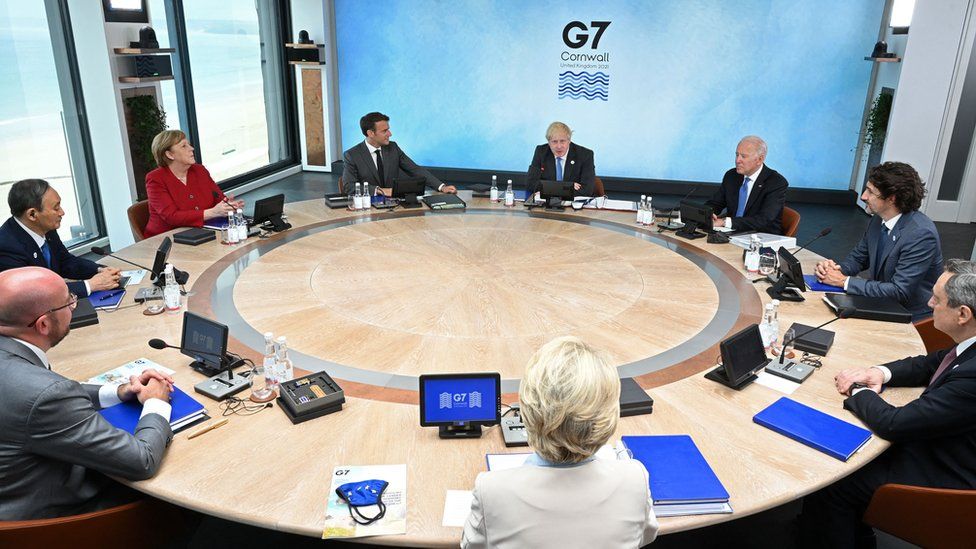 Amid growing criticism over its several policies, China has come out in open and cautioned Group of Seven leaders that the days when “small” groups of countries decided how the world will operate was long gone, hitting back at the world’s richest democracies which have sought a unified position over Beijing.

“The days when global decisions were dictated by a small group of countries are long gone,” a spokesman for the Chinese embassy in London said.

“We always believe that countries, big or small, strong or weak, poor or rich, are equals, and that world affairs should be handled through consultation by all countries.”

The coming back of China to become a global power has become one of the most important geopolitical events alongside the 1991 fall of the Soviet Union that ended the Cold War.

The G7, whose leaders are meeting in southwestern England, has been looking  to curb the growing assertiveness of President Xi Jinping after China’s spectacular economic and military rise over the past 40 years.

Leaders of the group – the United States, Canada, Britain, Germany, Italy, France and Japan – want to use their gathering in the English seaside resort of Carbis Bay to show the world that the richest democracies can offer an alternative to China’s growing clout.

Canadian Prime Minister Justin Trudeau led a Group of Seven discussion of China and called on leaders to get a unified approach to the challenges posed by the People’s Republic.

The G7 are looking to provide developing nations an infrastructure scheme that could rival Xi`s multi-trillion-dollar Belt and Road initiative.

Beijing has repeatedly hit back against what it perceives as attempts by Western powers to contain China, and says many major powers are still gripped by an outdated imperial mindset after years of humiliating China.