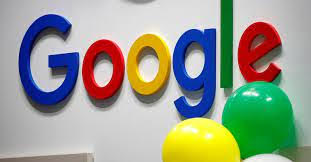 Ugandan IT student Andrew Njuki spent years hunched over English-language textbooks, often grappling with material that would have been easier to grasp in his mother tongue Luganda.
As of May, the 27-year-old has been able to copy-paste his online teaching materials into Alphabet Inc`s Google translation service and read them directly in Uganda`s official language Luganda, spoken by millions across the east African country but not taught in schools.
“To understand something better you need to first understand it in your mother tongue,” said Njuki, who also finds the service handy for surfing the internet and social media.
It is not perfect, he said, he rates it around 60% for quality and 65% for accuracy. But it is a start.
Translation and language-learning giants like Google and DuoLingo are expanding language databases available online, in a push to widen representation and reduce bias in artificial intelligence systems.
Isaac Caswell, a research scientist at Google Translate, said for speakers of minority languages “it can feel like the world of tech is ignoring you.” Online translation “is a very important signal to show that we do care about you,” he added.
Luganda is among 24 languages added to Google Translate in May, with others from sub-Saharan Africa, India and South America. There are now 23 African languages on the platform, accounting for 17% percent of the total.
DuoLingo, which includes eight under-represented languages out of 40 on offer, is working to add Zulu and Xhosa – spoken by 20 million people mainly in South Africa – later this year.
Kampala resident Hussain Bharmal, originally from India, struggled to find resources to study Luganda, and believes the instant translations on his phone will help to bridge that gap.
“When you speak someone`s language you get the keys to their heart,” said the web developer.

After the EU embargo, here is how Russia will sell its crude oil