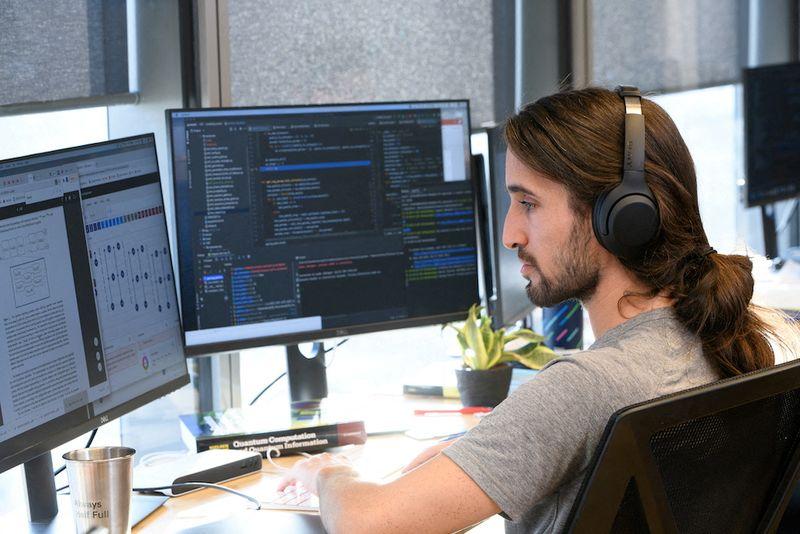 Classiq, a Tel-Aviv-based quantum computer software business, announced on Thursday that it had
secured $33 million from Hewlett Packard Enterprise Co, Samsung Electronics Co Ltd, and other
investors.
While the promise of a world-changing quantum computer remains years away, numerous quantum
computing businesses have gone public in the last year, and several new players, both hardware and
software, have emerged from research labs and received venture capital funding.

Quantum computers exploit quantum physics phenomena to function millions of times faster than
today’s powerful supercomputers.
Only 20 months after its inception, Classiq has raised a total of $48 billion. The corporation declined to
reveal its most recent valuation. This round also included personal investments from Lip-Bu Tan and
Harvey Jones, two well-known semiconductor executives and investors.
Classiq provides a software framework on which other quantum software developers can create
customised applications like as financial asset optimization tools or tools for assessing the features of
novel compounds for medicinal research.
“In the last couple of years, we’ve seen several firms in diverse industries, such as banking,
automotive, and chemistry, build quantum software teams,” Classiq co-founder and CEO Nir Minerbi
told Reuters. “They want to be able to prepare the programme and generate their own IP (intellectual
property).”
According to Minerbi, software developed on Classiq’s platform will be able to scale up in tandem with
the advancement of quantum computers.
Today’s quantum computers are still in their infancy, with a finite amount of quantum bits, or qubits,
that serve as the computer’s processing capability. IBM announced a 127-qubit Eagle processor late
last year.
Nonetheless, researchers believe that quantum computers will require thousands of qubits before they
can run game-changing algorithms.