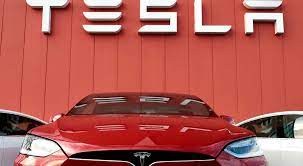 Elon Musk, the CEO of Tesla Inc, announced that the electric carmaker planned to relocate its headquarters from Palo Alto, California, to Austin, Texas, where it is constructing a large car and battery manufacturing facility.

Tesla has joined Oracle, HP, and Toyota Motor in relocating their US headquarters from California, where taxes and living costs are relatively high. While Silicon Valley is a hotbed for new ideas and businesses, Texas is known for its lower labour costs and less severe regulations.

“This is not a matter of, sort of, Tesla leaving California,” he said, saying it plans to increase output from its main California factory and Nevada factory by 50%.

Despite this, the plant in Fremont, California is “clogged,” and it is difficult for people to purchase homes in California, he claimed.

Musk, a billionaire, relocated to Texas from California in December to work on Tesla’s new plant in the state and his SpaceX rocket company, which has a launch pad in the state’s southern tip.

Musk had a tumultuous relationship with California at times, threatening to relocate Tesla’s headquarters and future programmes to Texas during a dispute over the shutdown of Tesla’s Fremont factory due to COVID-19, for example.

He displayed a design of what appeared to be a cowboy-style belt buckle imprinted with “Don’t Mess With T” — the T in the style of the Tesla logo — at the conference. The term is based on a long-running and well-known anti-littering programme in Texas called Don’t Mess with Texas.

Activist shareholders and a proxy advice firm criticised the board’s recommendations on numerous major initiatives, including the reelection of Elon Musk’s brother, Kimball Musk, and James Murdoch as board directors.

They did, however, vote in favour of a stockholder motion to shorten board terms from three to one year, as well as a resolution to provide more information on the company’s diversity and inclusion activities.

“It’s unfortunate that the shareholders did not agree to remove Murdoch and Musk’s brother. But I think they know the pressure is on them,” Stephen Diamond, a professor at Santa Clara University School of Law, said.

“They`ve got a lot more work to do on governance. Just changing the term is just an artifact of a larger governance issue,” William Klepper, a professor at Columbia Business School, said.

Tesla investors were advised not to re-elect the two directors by the advisory company Institutional Shareholder Services (ISS) due to concerns about excessive compensation packages for non-executive board members.

A stockholder resolution calling for a study of the impact of Tesla’s use of arbitration on workplace harassment and discrimination was also defeated.

After a Black former contract worker won a $137 million jury judgement against Tesla for workplace racism on Monday, the plan, which was opposed by the board, was thrust into the spotlight.