The Pakistani rupee continues to decline against the US dollar 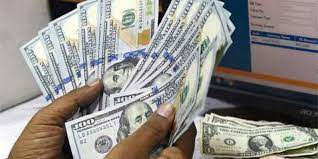 Ahead of the International Monetary Fund`s (IMF) executive board meeting on August 29 in Washington, the Pakistani rupee continued to decline against the US dollar on Thursday. After losing 0.62 paisas against the dollar as of 11 am, up from yesterday`s close of 218.38, the local unit was trading at 219 during intraday trade in the interbank market, reported Geo News. Economic experts have said that the pressure on the rupee will continue till the IMF board`s approval of disbursing the USD 1.17 billion tranches for Pakistan. In an interview with Bloomberg TV, State Bank of Pakistan Acting Governor Murtaza Syed said that Pakistan is likely to receive a USD 1.17 billion loan tranche from the IMF within six days after the Executive Board`s approval, reported Geo News. As per Syed, the country`s forex reserves dropped to USD 8 billion due to delays in the revival of the IMF agreement and external flows. The acting governor hoped that the country`s forex reserves will shore up to USD 16 billion by the end of the current fiscal year 2022-23. Once Pakistan gets the loan from the IMF, experts are predicting that the country will get additional funds from multilateral and bilateral organizations — giving a further boost to the depleting forex reserves, reported Geo News. Apart from the pressure of the IMF, the government has also lifted the months-long ban on the import of luxury items and the exports have not increased at desired pace — resulting in pressure on the rupee. Moreover, the UAE has made it mandatory for Pakistani travelers to declare 5,000 dirhams at the airport when landing — leading to an increase in the price of the US dollar in the open market. Economist and former adviser to the federal ministry of finance Dr. Khaqan Hassan Najeeb said the rupee is slipping not only because of the dollar`s global strengthening but also due to recent political developments — causing jitters in the market, reported Geo News. He also cited depleting foreign reserves held by the State Bank of Pakistan (SBP) as a reason for the fall. Forex reserves stand at USD 7.8 billion — hardly enough for over a month of imports. Exchange Companies Association of Pakistan (ECAP) General-Secretary Zafar Paracha told Arab News that the local unit`s fall — among other reasons — was due to its smuggling to Afghanistan, where sellers get higher rates.