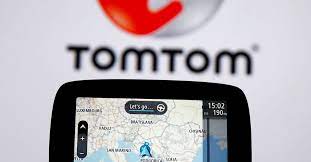 Supply chain difficulties will persist throughout the year, according to the Amsterdam-based consultancy, before alleviating in 2023.

TomTom has been impacted by semiconductor supply chain concerns, which have led carmakers around the world to reduce manufacturing.

In 2022, the business expects full-year revenue of 470 million to 510 million euros, which is lower than analysts’ projections of 541 million euros.

TomTom, on the other hand, forecasted revenue of between 500 million and 550 million euros in 2023, owing to ongoing growth in automotive operational revenue.

The company posted a loss before interest, taxes, depreciation, and amortisation of 19.2 million euros ($22 million) in the fourth quarter, well exceeding the 7-million-euro loss predicted by analysts.

Analyst forecasts for revenue and net results were also not met.

According to industry data released in January, the number of new vehicles registered in the European Union, the United Kingdom, and the European Free Trade Association (EFTA) in December was down 21.7 percent year over year, marking the sixth month in a row of reductions.