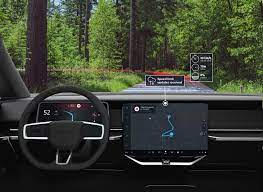 Dutch digital mapping group TomTom on Friday confirmed its revenue and cash flow guidance for 2022 and 2023, boosting its shares, after reporting a bigger-than-expected second-quarter loss, citing high inflation and strained supply chains.
The confirmation of TomTom`s guidance helped to drive the company`s shares up more than 12%, putting them on course for their strongest day in almost four years. The shares have lost a fifth of their value this year.
ING analyst Marc Hesselink said: “OK results despite challenging circumstances” and he also highlighted the confirmation of guidance as reassuring.
The company, whose clients range from Volkswagen and Renault to Microsoft, has been hit by the global chip shortage that has disrupted the automotive and electronics industries and forced automakers to slash production.
“We are not sure the chip shortage will get better this year, there is no evidence to support that yet”, Chief Executive Officer Harold Goddijn told Reuters, pointing to predictions indicating the shortage will continue in the first half of 2023.
TomTom also pointed to uncertainties related to Russia`s invasion of Ukraine and increasing inflation.
“These could impact supply chains, cost levels, general macro-economic activity as well as the valuation of our assets and liabilities on the balance sheet,” the company said in a statement.
TomTom, which in June initiated a restructuring of its maps business, said the plane had impacted its operating expenses by 31 million euros in the quarter.
Cash outflows related to the restructuring are expected to be weighted towards the second half of the year, with roughly one-third of the total costs expected in 2023, it said.
“We expect the first effects of the restructuring to come through in Q3 of this year, and of course benefits will be visible in Q4 2022, or maybe in Q1 2023”, Goddijn told Reuters.
He said around 20 TomTom sites across the world were affected by the reorganization, mostly in Europe, and that the group was still in talks with trade unions.
The Amsterdam-based company, whose products are used by major carmakers and leading global tech firms, posted a quarterly operating loss of 55.5 million euros ($55.7 million), against analysts` average forecast for a loss of 20 million euros.