US biz growth in FY23 expected to be flat or low single-digit: Glenmark  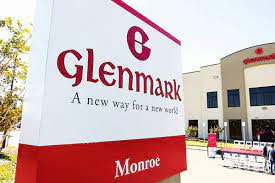 Glenmark Pharmaceuticals expects growth of its US business to be flat or at a low single-digit in 2022-23 amid challenges of price erosion and unpredictable product approval by the USFDA, according to a senior company official.
The company’s North American business, including the US, recorded a revenue of Rs 662.8 crore in April-June 2022 as compared to Rs 787.8 crore in the year-ago period, down 15.9 percent. It accounted for 23.9 percent of consolidated sales in the quarter.
In the first quarter, Glenmark’s consolidated revenues from operations stood at Rs 2,777.3 crore as against Rs 2,964.9 crore in the corresponding period last year, a decline of 6.3 percent.
“We are looking at flat to low single-digit growth in the US for FY23 compared to FY22,” Glenmark Pharmaceuticals Ltd CEO – Global Formulations business Brendan O’ Grady told analysts.
He was responding to a query on the outlook for the US business and reasons for decline in sales in the country.
“The US business is undergoing challenges. Every organization has the same ones. There is volume impact. We have had a few volume impacts just due to global supply disruption. We are recovering from that. We also continue to see price erosion in the US market,” O’Grady said.
He further said,”Then you take into consideration product approvals coming out of the FDA (US Food and Drug Administration) are unpredictable. So, all of those things make the US a very challenging environment where we have been impacted in Q1…That’s basically the reason for the decline.”
However, O’Grady said “…If you look at our business for the rest of the year, we have 10 to 13 approvals that we should see in the US this year or a total opportunity of those. Our volumes are recovering and overall, we see the outlook for the US second quarter should be better.”
Out of these new products, he said,”We’ve had two that we have launched so far in the first quarter. We just had another approval. So, we still have a stable of 10 products that we can launch this year, and so we expect the second quarter to be better than the first, and we expect the third and the fourth quarters to be better than the first and second quarters.”
In the first quarter, Glenmark was granted final approval and launched abiraterone acetate tablets used in the treatment of prostate cancer. Also, it had launched a previously approved product ezetimibe tablets, a cholesterol-lowering drug.
The company also received tentative approval for calcipotriene and betamethasone dipropionate foam indicated for the treatment of plaque psoriasis.
Glenmark expects its business to strengthen throughout the year in the US and is optimistic that things are moving in the right direction, O’Grady added.
According to ratings agency Icra, due to a considerable consolidation of the supply chain, there has been significant pricing pressure in the generic drugs segment in the US, which is a key market for most Indian pharmaceutical firms.