US, UK: Russia to blame for cyberattack against Ukrainian banks 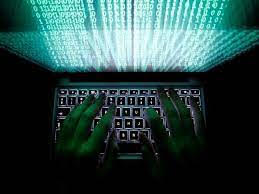 The United States and the United Kingdom declared on Friday that Russian military hackers were behind a wave of distributed denial of service (DDoS) attacks that briefly knocked Ukrainian banking and government websites offline.

“Russia prefers to operate in the shadows and relies on a lengthy attribution procedure,” Neuberger added. “As a result, we are moving fast to attribute the DDoS attacks. We believe the Russian government is to blame for this week’s extensive attacks on Ukrainian banks.”

According to Neuberger, Americans have data indicating that infrastructure associated with Russia’s military agency, known colloquially as the GRU, “was spotted transferring huge volumes of traffic to Ukraine-based IP addresses and domains.”

In a concurrent announcement, British officials stated that the GRU was “very probably involved” in the DDoS, which works by flooding targeted websites with a firehose of data.

“The action demonstrated a persistent disdain for Ukrainian sovereignty,” the Foreign Commonwealth and Development Office (FCDO) of the United Kingdom said in a statement. “This is another another example of Russia’s aggressive behaviour toward Ukraine.”

“This disruptive behaviour is unacceptable,” the FCDO said.

Russia has denied any role in the DDoS, which inflicted relatively limited disruption on Tuesday.

Kyiv had already blamed Moscow for the DDoS amid heightened tensions since Russia began massing troops near the border, raising fears Russia was planning to attack. The Kremlin has denied it plans to push deeper into the country.

Neuberger said that while the denial of service had “limited impact,” the recent spate of malicious digital activity could be a prelude to “more disruptive cyberattacks accompanying a potential further invasion of Ukraine’s sovereign territory.”