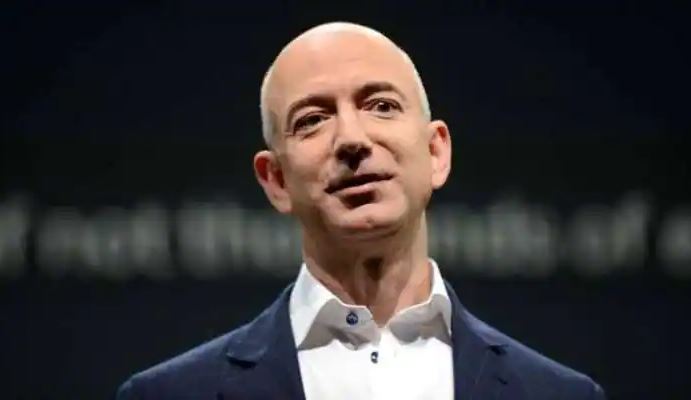 Dwayne “The Rock” Johnson once told Amazon CEO Jeff Bezos to bust out the tequila.

And after Bezos put a picture of the celebrity wrestler on Instagram, it became a constructive deal as both the men just announced a movie deal for Amazon Studios.

Bezos, 57, will hang his boots as Amazon’s CEO on July 5. However, he will continue to be the executive chairman and the company’s biggest shareholder. Meanwhile, his Instagram account shows he has plenty of other interests to occupy his time.

Being a science fiction fan, he plans a joy ride to suborbital space with his best friend and brother, Mark in July, a recent post said. In another post, Bezos stands behind the wheel of an electric pickup truck built by Rivian, an Amazon funded startup, traversing the desert in a cowboy hat to see a rocket capsule land.

Andy Jassy replaces Bezos to run a company that is bigger and more valuable than ever. It’s not clear though on how Bezos will govern from the sidelines.

Bezos, a hedge fund executive turned garage entrepreneur, was responsible for creating Amazon’s culture, through business adages like “customer obsession” and “have backbone; disagree and commit,” as well as curt emails to his team having just a question mark.

In a letter written to investors, Bezos said that he would focus on new initiatives as executive chair and making Amazon a better place to work. This was followed by employee frustration that came out during a failed unionization campaign in Alabama.

Bezos’ Instagram account spotlights his interest in Tinsel Town and he posted about Oscar nods and Golden Globe wins for Amazon Studios, and during his last annual meeting as CEO he talked about re-imagining screen heroes for the 21st century through Amazon’s deal to buy MGM.

Bezos has further met with public officials to draw attention to his philanthropy. He discussed his climate efforts with French President Emmanuel Macron and gave Washington Governor Jay Inslee a tour of a homeless shelter, his posts show.

He’s had some fun with music stars Katy Perry, Lil Nas X and Lizzo, too.
He posted from the Super Bowl in 2020, “I just took a DNA test, turns out I m 100%lizzobeeatings biggest fan.”