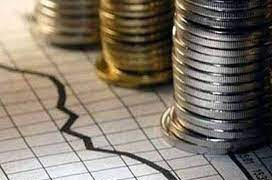 Strap: Technically speaking, a recession occurs when the economy’s overall output, as indicated by the GDP, declines for two consecutive quarters.

On Monday, January 16, Narayan Rane, the Union Minister for Micro, Small and Medium Enterprises, made a statement that sparked debate.

“There is a worldwide recession that affects many nations. This is what I have learned from the conversation at Union government meetings. After introducing the two-day G20 Infrastructure Working Group (IWG) meeting in Pune, Rane stated that the recession was anticipated to hit India after June.

Technically speaking, a recession occurs when the economy’s overall output, as indicated by the GDP, declines for two consecutive quarters. A quarter is a three-month period. In other words, for India to experience a recession after June, the GDP must decline over the same two quarters in 2022 for both the January to March and the April to June quarters of this year.

In other words, India as a whole should have produced less in the first half of 2023 than it did in the same period in 2022.

This is practically impossible as of January.

A recession is largely ruled out despite the fact that India’s economic momentum is slowing — according to the First Advance Estimates of GDP for the current financial year that ends in March, the GDP is likely to grow at just about 4% in the January to March quarter (according to the latest RBI projections).

In other words, rather than contracting, India’s economy is likely to continue to grow through 2023 and 2024, albeit at a somewhat slower pace.

It is significant to take note of what Rane said in this context.

“Since I am a member of the Cabinet, I have access to some information. Based on that information and any guidance we receive from PM Modiji, we can assert that major economies are experiencing a recession. It is a fact, the minister said, according to the news agency PTI.

“To prevent (the economic slowdown), which is anticipated to begin after June, or to make sure India is not impacted… Modiji and the Center are working to prevent the slowdown from having an effect on the nation’s citizens, Rane continued.

The goal is to move up to fifth place by 2030, he said, adding that India’s growth is on the right track. It was previously ranked 10th in the world in terms of economic status.

In other words, Rane was essentially talking about how the world’s economies, particularly some of the biggest ones like the United States and the European Union, were experiencing a recession. Rane most likely meant that India would feel the effects of the recession by June. It is a fact that the global recession will hinder India’s economic growth.

In a recent note, CRISIL research noted that since the 2000s, India’s growth cycles have become more in step with those of advanced economies.