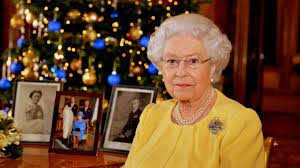 Condolences from world leaders and politicians poured in on social media after Britain`s Queen Elizabeth II, the longest-serving monarch of the UK, died on Thursday, aged 96. UN General Secretary Antonio Guterres offered condolences to the Royal family and said, “I am deeply saddened at the passing of Her Majesty Queen Elizabeth II, admired worldwide for her leadership and devotion. She was a good friend to the UN and a reassuring presence through decades of change. Her unwavering, lifelong dedication will be long remembered.”As the United Kingdom`s longest-lived and longest-reigning Head of State, Queen Elizabeth II was widely admired for her grace, dignity, and dedication around the world. She was a reassuring presence throughout decades of sweeping change, including the decolonization of Africa and Asia and the evolution of the Commonwealth,” a statement issued by the United Nations read. Canadian Prime Minister Justin Trudeau also took to Twitter, saying that Canadians will always remember and cherish Queen`s wisdom, compassion, and warmth, and her service to Canadians will forever remain an important part of the country`s history.”It was with the heaviest of hearts that we learned of the passing of Canada`s longest-reigning Sovereign, Her Majesty Queen Elizabeth II. She was a constant presence in our lives – and her service to Canadians will forever remain an important part of our country`s history. Our thoughts are with the members of the Royal Family during this most difficult time,” Trudeau wrote. Australian President Anthony Albanese in a statement said that the Government and the people of Australia offer deepest condolences to the Royal Family, “who are grieving for a beloved mother, grandmother and great grandmother-the person whom for so long was their greatest inner strength.”Australian hearts go out to the people of the United Kingdom who mourn today, knowing they will feel they have lost part of what makes their nation whole,” Albanese said.French President Emmanuel Macron wrote, “Her Majesty Queen Elizabeth II embodied the British nation`s continuity and unity for over 70 years. I remember her as a friend of France, a kind-hearted queen who has left a lasting impression on her country and her century.”Ukraine President Volodymyr Zelensky also offered condolences to the Royal family in the tough times.”It is with deep sadness that we learned of the death of Her Majesty Queen Elizabeth II. On behalf of the people of Ukraine, we extend sincere condolences to the Royal Family, the entire United Kingdom, and the Commonwealth over this irreparable loss. Our thoughts and prayers are with you,” he wrote on Twitter. Pakistan president Arif Alvi said that the departure of the Queen has created a great void which will be difficult to fill in the coming times.”Her inspiring leadership qualities propelled her to the status of great and beneficent ruler that would be remembered in golden words in the annals of world history. My thoughts go out to the Royal family members and people of Great Britain at this time of sorrow,” Alvi said.Sri Lankan President Ranil Wickremesinghe has instructed state institutions to lower the Sri Lanka flag tomorrow to mourn the death of Queen Elizabeth II, Head of the Commonwealth and Queen of Ceylon from 1952-1972.” Deepest condolences to the Royal Family, Government & people of the UK on the passing of HM Queen Elizabeth II Head of the Commonwealth & Queen of Ceylon 1952-72,” he said. On behalf of the government and people of Israel, Prime Minister Yair Lapid extended condolences to the Royal Family. “On behalf of the Government and people of Israel, I send my condolences to the Royal Family and the people of the United Kingdom on the death of Her Majesty Queen Elizabeth II. She leaves behind an unparalleled legacy of leadership and service. May her memory be for a blessing,” he tweeted.New Zealand Prime Minister Jacinda Ardern announced that the flags will fly at half-mast to mark Queen`s death. “To us, she was a much admired and respected monarch; to them, she was a mother and grandmother. The Queen was a much loved and admired monarch, whose record reign of 70 years is an absolute testament to her and her commitment to us all. She was extraordinary. People throughout the world will be feeling an acute sense of loss at this time and New Zealanders most certainly share that grief. The Queen was a much-respected constant through unprecedented global change,” Arden wrote. “The new King becomes New Zealand`s new Head of State immediately on the death of Queen Elizabeth II,” Arden added. Italian Prime Minister Mario Draghi wrote that Queen was the most beloved symbol of her country and garnered respect, affection, and fondness all over the world. “Her spirit of service, her dedication to the United Kingdom and to the Commonwealth, and the immense dignity with which she carried out her role for such a long time have been an endless source of admiration for generations. Our heartfelt condolences go to the Royal Family and the governments and all citizens of the United Kingdom and the countries of the Commonwealth,” he said. Polish Prime Minister Mateusz Morawiecki said, “We bid farewell to Queen Elizabeth II. She devotedly served her nation throughout her life. And she has served us by her example as a self-sacrificing, wise, and prudent leader who knew how to lead her country through any storm.”The longest-serving monarch of the UK, Elizabeth II, 96, died peacefully at Balmoral castle aged 96, the royal family said in a statement. The UK`s longest-reigning monarch was placed under medical supervision earlier on Thursday after her condition deteriorated.Buckingham Palace issued a statement while referring to the Prince of Wales, Charles as the King.”The death of my beloved Mother, Her Majesty The Queen, is a moment of the greatest sadness for me and all members of my family. We mourn profoundly the passing of a cherished Sovereign and a much loved Mother. I know her loss will be deeply felt throughout the country, the Realms and the Commonwealth, and by countless people around the world,” the statement said.