Getting Inside The Game- It Pays, and It’s Fun 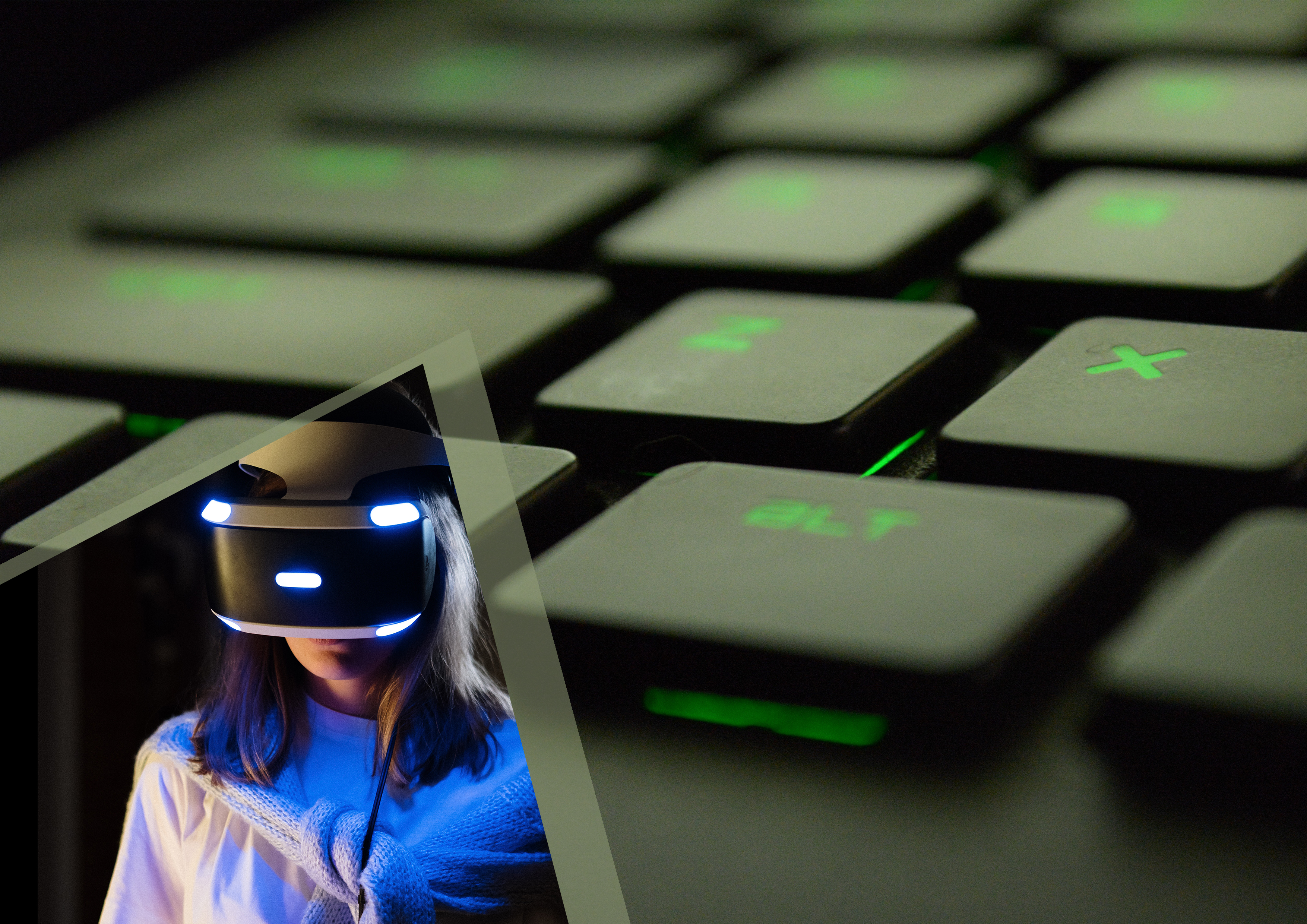 Games are more than just fun, trust me. You can also choose not to and rely on data instead, and if you choose the latter, good for you. Just consider that in 2021 alone, the gaming industry was worth a large 178 billion USD. By 2025 market experts predict the industry will be worth 268.8 billion USD.

Here are the projected figures as per Statista:

As might be expected, the US is one of the biggest markets, especially as it can be safely claimed that modern gaming began in the US. It would be, in fact, wrong to say just that the US is one of the biggest markets as it is THE most significant revenue-wise. 2020 was a watershed year for the US gaming market as the market size surged to an all-time high of 66.88 billion USD. The projected figures came down a bit in 2021 to stand at 65.49 billion USD.

The Passion of Gamers

Gamers are well known for their passion for this interactive and immersive medium of storytelling and creative expression. Spending hour after hour trying to defeat a level boss or finding a way to progress further are part of the everyday life of an ardent gamer. However, in this context, one should also mention that some gamers take things a bit too far. They become addicted to something that is meant to be a leisurely pastime. There are instances where people died due to lack of nutrition as they were too engrossed with playing a game to eat. But most people are pretty much in control of their gaming habits and are passionate about the medium. And that is not at all a bad thing.

Getting Behind The Scenes

As with almost every aspect of modern life, tech has transformed the voodoo magic behind making games into something far more accessible and democratic. Today thanks to the public availability of powerful gaming engines for free or for an affordable cost, indie game developers had never had things this good. Unfortunately, any discussion about modern gaming engines remains incomplete without referring to the Unity and the Unreal gaming engines. Both come with advantages and disadvantages. The purpose or nature of the game should determine the choice of the game engine platform. However, don’t assume that making games are all about coding, as that couldn’t be further from the truth. In reality, five specialized professional fields together combine at sync to make a game a success. These fields are as follows:

Let’s explore the responsibilities or what you will be doing, the pay, and the career prospects of each role individually:

Game developers are an integral part of the team, making the magic of story and play come to life. However, don’t assume that the contribution of a game developer is limited to coding solely. Au contraire they often have a significant role in the:

However, their core responsibility is to create or develop a game for use in one or more tech devices like consoles, PC or Mac, and mobile apps. Though generally, indie developers use existing game engines, the big players often custom code one according to the needs of the particular game. Game developers are responsible for game programming both while developing an engine from scratch or using existing ones. Besides game testing, game developers sometimes also play an essential part in the various animations that come with a game. They sometimes, though rarely, have to play their party in character design.

Like we mentioned earlier, the core responsibility of a game developer is to create scripts for your game. They are the people who take game storyboard ideas along with design specifications and fashion them into functional, playable games. Post-programming, troubleshooting, and fixing bugs is also an integral part of their job. The technical qualification of a game developer usually is a graduate degree in computer science or software engineering. They need to be exceptionally proficient in programming languages like Java, C++C#, and C. In addition, they must display extraordinary technical and artistic skills.

The essential task of a game designer is to create new games and help produce the required code in the appropriate programming language. In addition, game designers are entrusted with managing the project or software development team through the course of its entire life cycle. For this role, your passion for the whole video game concept needs to be exceptionally high. It is necessary as you will usually be the person who will pitch game ideas during meetings with the decision-making team. So, your presentation, artistic and creative skills need to shine through.

Companies typically prefer candidates who have already proved themselves in a professional capacity and have boundless enthusiasm and passion for all things gaming. Therefore, it will be an advantage to have a game design degree. Otherwise, there are plenty of game designers who have come from a computer engineering background. Irrespective, the fact is that a game designer needs to be a skilled programmer. The last thing to mention about a game designer role is that you will need to create games for a wide variety of target audiences- from kids to adults.

Though on average figures there’s not much difference between the pay of a game developer and designer, the latter earns significantly more in the early part of their career. The following Glassdoor salary representation should help:

Game writers are responsible for fleshing out the story that drives a game. This task includes sub-tasks like writing scripts that bear out the story. The way game writers present the story through their narrative style, and choice of words makes a game stand out in terms of its overall feel and flavor. You must have come across dialog between different game characters or perhaps a textual background of a level or game. Well, that was, in all probability, penned by a game writer. Their writing tasks are inclusive of menu text, game tutorials, and a backend information database.

Additionally, game writers need to create many creative works that an average player might never even get to see. Such writing includes game location details, character history, and dialog lines that don’t make the final cut. Of course, the players themselves are often oblivious of all such information. They nevertheless are a great aid to game designers and ensure that the game world remains coherent and free from contradictions. Further, they also document the story, which guides the work of the game development team. It is such coherence created by game writers, making up for an authentic, realistic, and immersive playing experience.

A game writer earns about $5000 less per annum than the average game developer. Here is a graphic with the stats:

Gaming is a very, very visual and interactive medium. Often, the visual elements of a game give it that extra amount of oomph in the eyes of players almost literally! Game artists are responsible for creating such necessary art. Examples of such game art include characters, the surface texture of different game objects, vehicles, and character clothing. The art created by a game artist needs to be compelling and connect with the players at an emotional level. In addition, it reflects the game’s theme and style and even its branding. Game artists usually function as part of a larger team and are sometimes tasked with creating marketing visuals.

The animation, environment or levels, characters, and the game UI are created by game artists using specialized image and modeling software. A game artist is typically well aware of the precepts of classical art combined with mastery over graphic design tools. They use this art and software design tool skills to come up with:.’

The last task of a game artist is to render the art assets correctly in the game world.

The average pay of a game artist is significantly less than the other roles we mentioned above. The following graphic from Glassdoor should bring more clarity:

You must be acquainted with movie soundtracks and must have noticed that your favorite game has some immersive and impressive soundtrack. Soundtracks not only include the game music but Foley also. Now, Foley is a term through which we refer to game SFX or sound effects like rainfall, weapon firing sounds, footsteps, cheering sounds, and even crashes. A good sound design helps make a game even more exciting by adding things like tempo and mood. In addition, it helps to set the perfect emotional setting in audio.

There is no fixed rule about when game sound designers step into the game development picture. Sometimes that starts right with the game development team or right from the brief. But, on the other hand, sometimes, the role of a sound designer comes into play when there is already a playable prototype. Then they add audio that complements the different game animations.

Typically, the first task of a sound designer is to create an SFX library. Then, they collaborate with composers and voice talents and sometimes even do outdoor audio shoots. Their goal is to create the finished game soundtrack, and to accomplish this need to mix, edit and master the same. Sound designers also test audio to make sure everything works in an intended way.

Audio designers, on average, earn the least of all game industry professionals. However, it is still good enough to have a comfortable life. The following Glassdoor graphic should give you a basic idea.

So, now that you are suitably armed with all the required information regarding a career in the game industry, go ahead, work hard and enjoy the ride. Game industry work is, as one Michigan State University professor put it- “hard fun.”

Dare to Learn by Paolo Gallo

How Will A Potential First Alien Contact Impact Businesses?

Getting Inside The Game- It Pays, and It’s Fun