Impact of Covid 19 on Business : Consumer Retail Market Vs. E-commerce 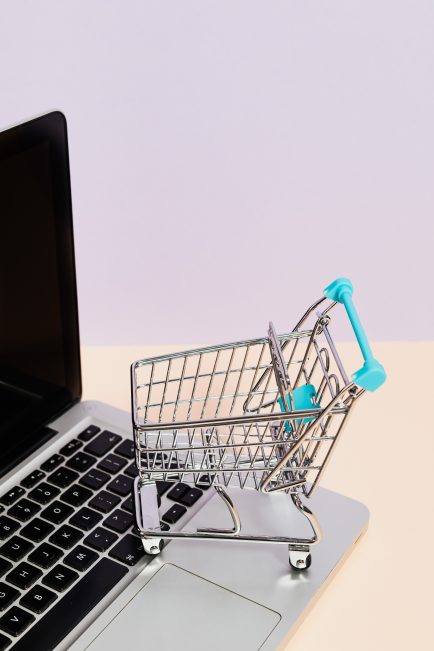 While the flames of the pandemic burning revenues of consumer retail might have eased up slightly, it still hurts. The current mass vaccination programs undertaken by almost all major countries, including the US, have kindled the hopes in the hearts of retailers of things finally getting back on track eventually. The keyword here is “eventually,” as most of the hurdles that such businesses face in the near future remain more or less the same. Further, consumer behavior has changed significantly due to the health hazards of the pandemic and its resultant change in lifestyle. Even experts aren’t sure if such transformed consumer behavior is the new normal.

And being prepared for the potential new normal is, therefore, an intelligent move to make. The first and foremost aspect of the new normal is the home-delivery expectations of consumers. Unfortunately, most companies have tried to cut down the slump in revenue rather than invest more in business aspects that might give them an edge in the post-pandemic world. The majority of retailers, including those who thrived, still focus on the present rather than the near future.

One thing is for sure; a rollback to the pre-pandemic “normal” ways of retail consumers is unlikely. And to keep your business floating, companies must adapt, innovate and tweak the different aspects of their existing operating models. The pandemic, in all probability, changed the very nature of the economy, healthcare, and society like little else before. So let’s take a birds-eye view of e-commerce and consumer retail in the pandemic affected world:

The moment the pandemic became a significant problem in the US, e-commerce sales surged. To stop the virus from spreading, the government passed orders to people to abstain from doing their daily activities outside wherever there might be a gathering of people. Unsurprisingly, consumers turned to buy things online like never before under such circumstances. As a result, the increase in yearly sales in retail e-commerce soared by over 32.4%, according to the stats projected industry authority eMarketer. Further sales likely rise to $795 billion in 2020, up from the 2019 figures of $600 billion.

Experts expect social commerce to bloom further likewise especially on platforms like TikTok and Instagram. So naturally, such platforms are likely to tweak their user interfaces to make buying easier.

The e-commerce sector grew as much in a single year due to the pandemic as it would have taken it several years otherwise. Such growth naturally led to retailers adopting technology more to stay competitive.

You need not be a genius to figure out that footfall in physical retail stores plummeted in the aftermath of the pandemic. At first, the government’s orders were to close stores altogether as they grappled with the crisis. When such lockdowns came to an end, the footfall didn’t quite reach pre-pandemic days. People were avoiding visiting physical stores unless it was necessary.

While March, April, and May of the previous year witness to fall by an apocalyptic 26%, 45%, and 30%. Things got slightly better after that, with traffic fall reducing by 13%-18% on a month-by-month basis. However, a more flourishing consumer retail business still eludes us as mass vaccination programs are underway. Retail also needs to take stock of the potential effects of changing work culture, people leaving cities, and general uncertainty about the economy.

Coronavirus means social distancing is a necessity leading to longer wait times and more significant queues. Most consumers would not simply tolerate that and instead buy online and get things delivered to their homes.

March and April 2020 were the worst for retailers as sales nosedived by as much as 1% and 16%, respectively. However, summer was better as retailers became more acquainted with the new lockdown rules and operating procedures. Added to this were the greater feelings of safety amongst the general population, and sales grew by over 11% year over year in the three months of June, July, and September.

The stimulus provided by the federal government and postponed demands resulted in relatively strong retail sales in the fall. Things got even better during the holiday season of December when people bought gifts with the money they would have paid for vacations. The result was a handsome increase of 6.7% in retail sales.

But not all sectors experience a similar resurgence in the period. The year-by-year fall in apparel sales stood at 53%, 89%, 64%, 25%, and 20% from the months of March to July. Apparel sales didn’t increase in any month after March 2020 till the year’s end. A decent enough holiday sales figure was the only silver lining that prevented the closure of many businesses in this particular category.

The overall retail scenario in the US points to a badly hit but resurgent segment while e-commerce is flexing its muscles like never before.