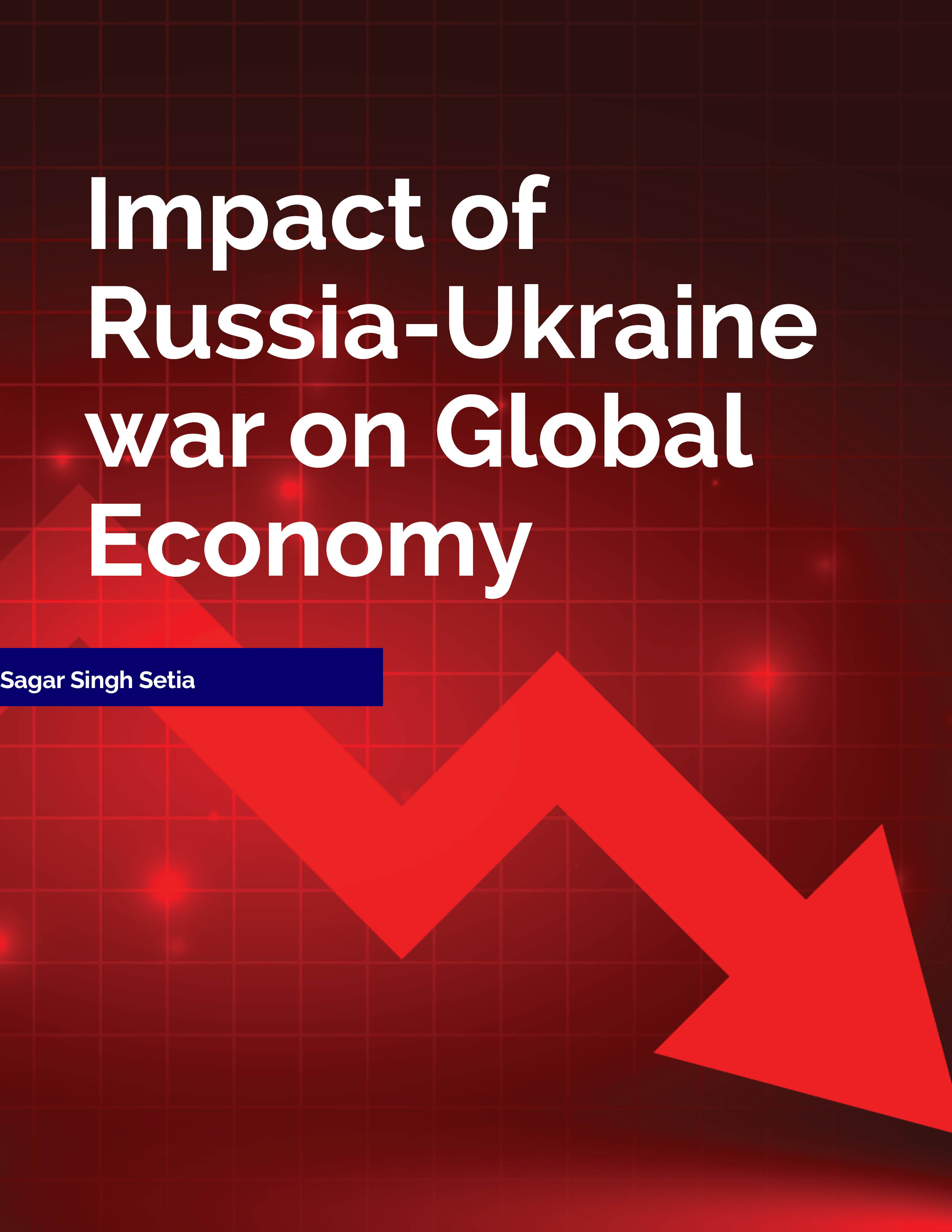 The geopolitical conflict between Russia and Ukraine has created deep-rooted problems for the global economy which was undergoing nascent recovery from the Covid-19 pandemic. Russia and Ukraine together have a lion share in global agricultural commodities; the facts speak for themselves. Together Russia and Ukraine contribute around 29% of the total wheat exports, 15% of the total corn exports, three-quarters of total sunflower seed oil exports and around 15% of the total exports of Nitrogen, Phosphate and potassium which are key ingredients for fertilizer production. More so, Russia which is the third-largest oil producer, the largest exporter of oil and the second-largest exporter of natural gas in the gaseous state is one of the biggest contributors in the global energy space.

The war has resulted in the imposition of crippling sanctions on Russian exports and many companies are wary of doing business with Russian companies. This has resulted in steep cuts in the Russian energy exports which have led to a huge increase in the prices of oil and other commodities. Brent oil reached 14-year highs last week when it touched $139 and European natural gas futures increased by a whopping 250% in just one week. The supply shock has been severe for Europe as Russian oil and gas constitute around 40% of the total European demand. Some of the countries like Somalia, Egypt and Sudan are totally dependent on the wheat sourced from Russia and Ukraine, thus stoking fears of a food crisis in these nations affecting millions.

The world was already reeling from high inflation induced by supply chain bottlenecks resulting from covid 19 lockdowns. The war has now resulted in an unprecedented increase in commodity prices, disruption in the supply chain and an increase in freight costs all around the globe. Many economists are worried that a prolonged disruption might lead to a recession in the coming months as an increase in energy prices might lead to heightened inflation in basic household consumption (soaps, detergents, fuel prices etc). This might lead to a slowdown in demand thus adversely affecting consumption in the economy. Companies might find it difficult to raise prices for their products thus squeezing their margins; which might result in an increase in unemployment thus negatively affecting the labour market.

The disruption in the fertilizer raw materials is bound to increase global food prices. Last time an increase in the global food prices in the early 2010s led to Arab spring overthrowing governments in major African economies. Furthermore, millions of people will enter into poverty and will find it difficult to meet their daily needs thus causing widespread hunger and social chaos. Many countries in Africa and Europe are solely dependent on Russia and Ukraine for their agriculture and fertilizer needs. There are concerns that Ukrainian farms will not be able to sow major crops this season due to the war resulting in a sustained increase in agriculture prices.

The geopolitical conflict in Europe might be far from most of the countries in Africa, Asia and the Americas; however, its ripple effect on the economies around the globe will be far-reaching and has the potential to disrupt major economies and cause recession globally.

Sagar Singh Setia is a keen macro watcher, financial advisor, stock market enthusiast and a finance geek who loves to explore the markets in-depth. He is an active investor who believes in serendipity and loves challenges and surprises in life.