The Detrimental Effect of Discrimination, Harassment and Victimisation in the Workplace 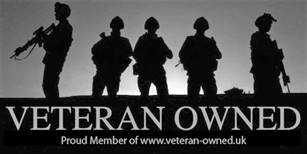 I am aware that the legislation pertaining to Equality, Diversity and Inclusion will differ from country to country and that the way in which the legislation is interpreted may also differ.  In the United Kingdom (UK) the law governing equality, diversity and inclusion is outlined in the Equality Act which was legislated in 2010.  Of note is the fact that Employment Judges in the UK tend to scrutinise the Equality, Diversity and Inclusion Policy held by the employer together with the quality and frequency of the Equality, Diversity and Inclusion Training provided by the employer whenever a case of Discrimination, Harassment or Victimisation is brough before them.  This can have, and has had, an effect on the outcome of the case where an employer has put forward a ‘Reasonable Steps Defence’ (stating that they have taken all reasonable steps to stop such discrimination, harassment, or victimisation in the workplace).  Irrespective of the country in which people are working and the differences in legislation governing equality, diversity, and inclusion; discrimination, harassment and victimisation can have a detrimental effect in the workplace that is common to all organisations.  But what is discrimination?

Discrimination can be split into two distinct concepts:

These may differ in other countries but provide an outline of what might constitute a characteristic referred to earlier.  Direct discrimination often reflects an unconscious bias.  These are social stereotypes about certain groups of people that individuals form outside of their own conscious awareness.  Everyone holds unconscious beliefs about various social and identity groups, and these tend to stem from our tendency to organise social worlds by categorising them.  They can often be based on past experience, our upbringing or background, culture or even our exposure to social media.  It is therefore necessary for people to consciously try to identify and eradicate such biases.

Then there is indirect discrimination whereby the employer puts in place a provision, criterion, or practice to the detriment of someone who has a characteristic that puts them in the minority, and which is to their detriment.  An example:  A job advert for a salesperson specifies that applicants must have ten years of experience working in retail.  By doing so the prospective employer could be discriminating indirectly based on age.  This is because the advert excludes young people who may still have the skills and qualifications needed to undertake the role.  Instead, the advert should say that applicants need a specific type of experience and knowledge and provide prospective applicants with an indication of the main tasks and skills involved.  Whilst indirect discrimination can come down to poor judgment or lack of forethought on the part of the employer, as I have indicated earlier, direct discrimination and harassment is tantamount to bullying.  However, both forms of discrimination, together with harassment and victimisation, can have a devastating effect in the workplace.

For the recipient of discrimination, harassment, and victimisation, it can seriously affect their emotional wellbeing; leading to anxiety, stress, depression, the loss of self-worth leading to poor self-esteem, and, in some cases, this can lead to poor physical health (such as cardiovascular problems).  They can also become isolated in the workplace.  However, some of these effects can also influence the remainder of the workforce by engendering a toxic workplace.

The bullying effect can stir up anger, stress, and embarrassment for other members of staff that find themselves working in such a toxic environment – irrespective of whether they have been recipients of such treatment.  It can have a detrimental effect on employee experience (lowered job satisfaction) and engagement, leading to a breakdown in teamwork thereby producing a loss of capability and productivity.  This poor performance is almost certain to have a detrimental effect on the Value Chain with customer expectations not being met.  The overall outcome for companies is likely to be a loss of market-share and, for all organisations irrespective of the sector in which they operate, the inability to attract talented staff.  This, in turn, could result in loss of revenue and heightened costs.

George Kemish is in his eleventh year as an Employability Mentor at the International Business School at the University of Lincoln (in the UK).  He is also the Founder of Specialist Human Resources Limited; a business consultancy specialising in HR Strategy and Value Management.

Amazon executive to leave after 23 years

Compass and the Radar: The Art of Building a Rewarding Career While Remaining True to Yourself – Paolo Gallo